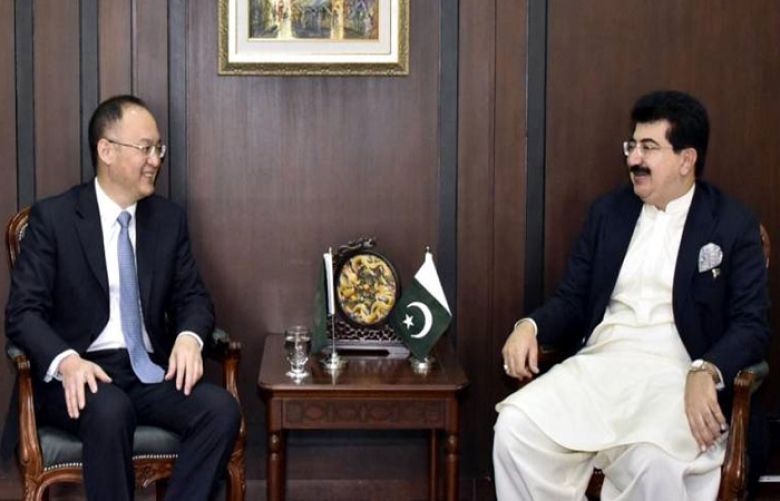 Pakistan and China have reaffirmed the resolve to further strengthen their cooperation in diverse fields for mutual benefit.

This came at a meeting between Chairman Senate Sadiq Sanjrani and China’s Ambassador to Pakistan Nong Rong during a meeting in Islamabad on Thursday.

They also emphasized for collective efforts for regional peace and prosperity.

In his remarks, the Chairman Senate said strategic cooperative partnership between the two countries will take their relationship to new heights.

Sadiq Sanjrani said both the countries have always stood by each other in difficult times.

He said Pakistan is committed to the timely completion of CPEC. He said the enemies of CPEC will not succeed in their designs. He said providing protection to the Chinese workers in Pakistan is our top priority.

The Chinese envoy said Pakistan is a close friend of China. He said his country desires to further strengthen relations with Pakistan. He said China will continue his efforts for regional peace.