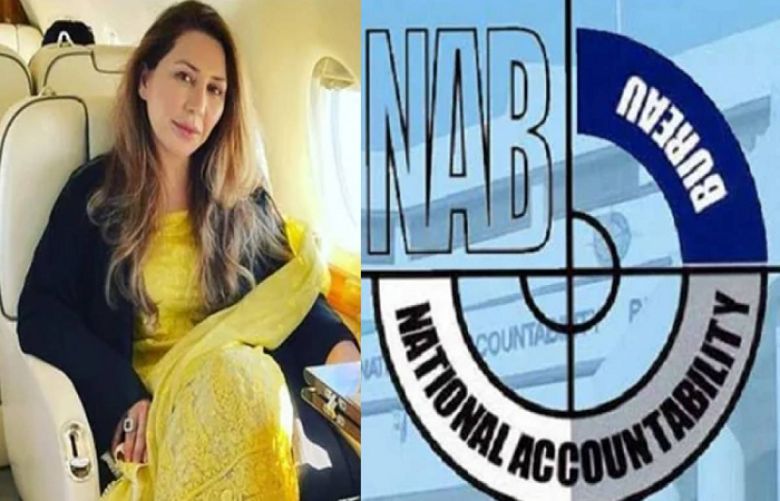 In a reply to the bureau's director general, additional director and deputy director, the counsellor stated that the call-up notices must be cancelled in light of “facts, peculiar circumstances and judgments passed by the superior courts of Pakistan.”

Advocate Siddique stated that the call up notices were issued to some of his clients through the media, deeming the practice “odd”. He argued that this “in turn means that, technically, a notice of only one or two days, has been given by your office,” accusing the NAB of ill intention, mala fide and a concocted agenda leading towards political victimisation.

He furthered that appropriate jurisdiction had not been established in the assests beyond means case against Farah Khan as her husband Ahsan Iqbal Jamil and Chaudhry Majeed, along with 19 others, were summoned.

The counsellor stated that Farah was a private citizen and had never held office, as those who were summoned were employees at Ghousia Builders Private Limited.

“The aforementioned entity is a private company, therefore, the same has no relation with any public office holder or public entity, whatsoever. It is imperative to mention herein that in order to make out the case, we hereby state that the jurisdiction of NAB, as stipulated under NAO [National Accountability Ordinance], is strictly limited to the extent of private persons including our clients as they are private persons, hence, NAB lacks jurisdiction to issue any call-up notice to the same in any manner, whatsoever,” read the statement.

The advocate further criticised the anti-graft watchdog, accusing them of pursuing a case based on “assumption, concocted conclusion without any basis or solid foundations."

Siddique claimed that the notices issued were a “deliberate attempt to undermine and circumvent the authority and jurisdiction provided to the relevant institutions.”

Farah Khan’s lawyer lambasted NAB, claiming the that such notices were neither permissible under NAO nor the Criminal Procedure Code, 1898 and “violate the fundamental principles of law that the executive action cannot undo the legal authority provided under the legislature instruments.”

Siddique furthered that the accountability ordinance requires “mensrea” [criminal intent] to be established, beyond reasonable doubt, before recommending any action. “Noticeably, in this case, NAB seems to be totally oblivious and unaware of the laws of the land,” he wrote.

He further stressed that the ordinance requires the NAB’s chairman to take a “reasoned decision” that it would be “proper” and “just” to proceed further and he must be satisfied that there is sufficient material available on record, which would justify filing of the reference before the accountability court.

Highlighting the words “just” and “justified”, the counsellor remarked that such clauses indicate that the law requires the chairman to “not only act in a “reasonable manner” in terms of Section 24-A of the General Clauses Act, 1897 but also to act “lawfully” in accordance with Articles 4 and 5 of the Constitution and not to undermine the established principle laid down by the Superior Courts and not to violate the principle of natural justice and, especially, the provisions of Article 10-A of the Constitution; the right to fair trial and due process of law.”

In light of the “facts” presented by the counsel, the NAB was accused of, “without any doubt”, functioning in an “unholy haste… in sheer violation of due process and right of fair trial.” Siddique added that the watchdog had failed to issue a detailed questionnaire, which the clients are bound to reply, “[the questionnaire] should have been sought after first establishing the jurisdiction.”

Therefore, the bureau has been requested to quash/cancel the aforementioned noticed July 7, 2022 on the basis that it had not established its jurisdiction in the matter before proceeding further.

“It is pertinent that it be established that your office has jurisdiction to initiate an inquiry against the said private persons… in the interest of justice, equity and fair play,” read the response.