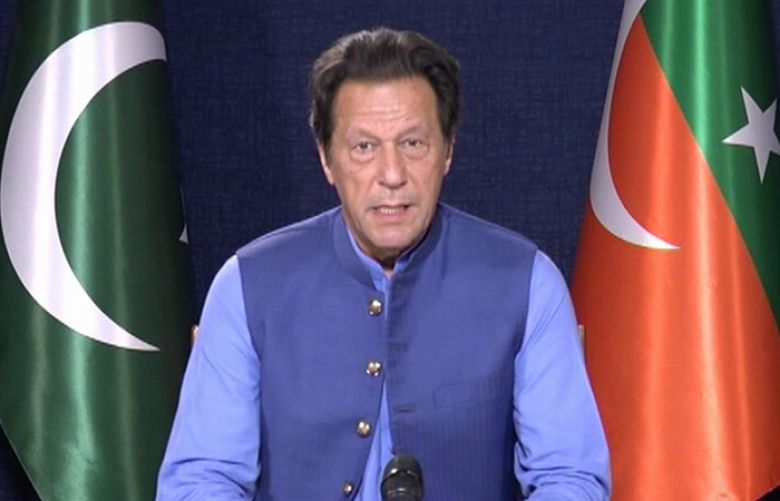 PTI Chairman Imran Khan Wednesday said that preparations by the coalition government to "rig the by-elections in Punjab" were underway.

The by-elections in Punjab will take place on July 17 for 20 provincial constituencies after the Election Commission of Pakistan (ECP) unseated 25 PTI MPAs for voting against party lines.

In a press conference, the former prime minister said that Chief Minister Punjab Hamza Shahbaz will "lose his power in Punjab soon" as he was "illegally ruling the province".

Talking about the increase in electricity loadshedding across the country, Khan claimed that there were no such issues when he was in power. "The PML-N signed the agreements on power project, yet our party did not increase the prices," the ex-PM highlighted.

"The PML-N government had installed power plants on imported fuels, however, no electricity is being generated and they are paying money for the capacity charges," said Khan.

He urged people to come out on the streets to protest against inflation and the coalition government.

Last week, Khan announced that he will hold a public gathering next week at Islamabad's Parade Ground. He said that he is gathering people from Islamabad and Rawalpindi to join him.