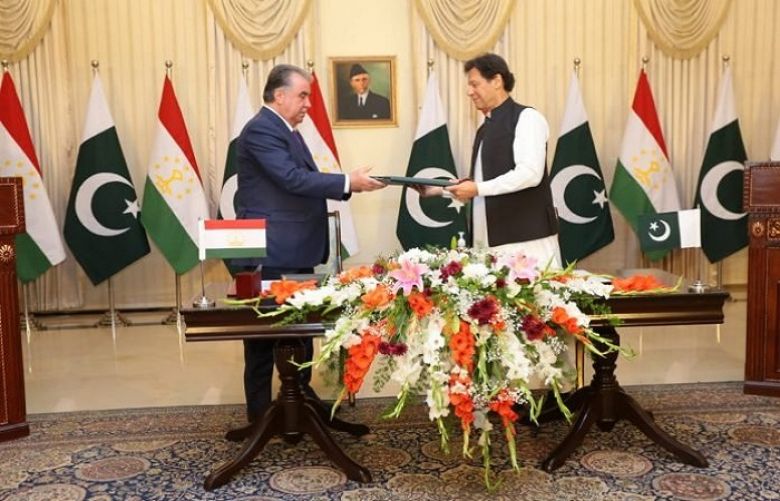 Prime Minister Imran Khan on Wednesday has called for a stable government in Afghanistan in order to maintain peace and stability in the region.

Addressing a joint press conference with the President of Tajikistan Emomali Rahmon the premier said that political instability in Afghanistan affects Pakistan and Tajikistan, however, a peaceful situation in Afghanistan is necessary for both countries.

Touching upon the Occupied Kashmir issue, the prime minister reiterated that the situation cannot improve in the region until and unless India withdraws its illegal annexation of Kashmir.

Speaking on the occasion, President of Tajikistan Emomali Rahmon said that Tajikistan values its ​​brotherly relations with Pakistan, appreciating Islamabad's efforts for maintaining peace in the region.

He said that agreements have also been reached with Tajikistan in the field of education and defence, adding that the two countries face many common challenges such as climate change.

Pakistan and Tajikistan entered into 12 accords for cooperation in diverse fields including trade, anti-corruption, infrastructure, education, and culture.

Both dignitaries witnessed the signing ceremony as the representatives from two sides signed the Agreements and the Memoranda of Understanding (MoU).

The two leaders also signed a joint declaration encompassing details of discussions taken place during the visit of President Rahmon.