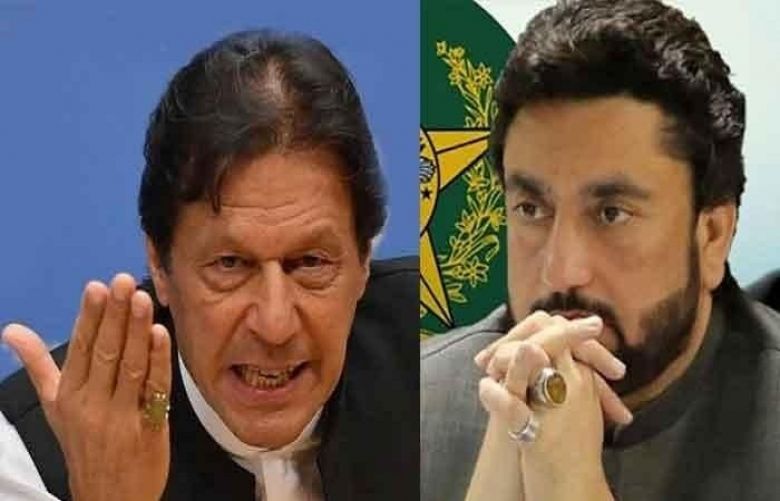 Prime Minister Imran Khan was upset at Chairman Parliamentary Committee on Kashmir, Shehryar Afridi, on Wednesday after his vote was wasted when he mistakenly signed the ballot paper

The prime minister was not satisfied with the response that the PTI leader gave him.

Earlier, sources had said that Afridi's vote would be wasted most likely as he signed the ballot paper before casting it.

Afridi had written to the presiding officer of the Election Commission of Pakistan (ECP), asking the body to allow him to recast his vote. "It is submitted that I have been feeling unwell for the past few days and couldn't attend the meetings of the party for preparations of elections," he said.

The PTI leader said when he arrived at the parliament, the ECP staff failed to guide him. " When I approached you to cast my vote I asked you and your staff but they failed to guide me. Later, I put my signature on the ballot papers instead of putting numbers. Therefore, I may be allowed to recast my vote," he added.

Afridi says reports PM Imran Khan upset with him are not true
Speaking to Geo News, Afridi said there is no truth to reports that PM Imran Khan is unhappy with him. "When I told the prime minister about the ballot papers, he directed me to write to the returning officer [to allow him to re-cast his vote]," he said.

Afridi said PM Imran Khan did not doubt his loyalty. "The prime minister told me that I am his most trusted companion,"he said.

Polling for the Senate elections have been underway since 9am and will go on till 5pm.

Lawmakers are casting votes in one of the country's most hotly contested Senate elections where the transparency of the electoral process has become a key issue.

The MPs are voting on 37 vacant seats of the Senate with 11 senators elected unopposed from Punjab. Now the polling is being held for 12 seats each of Balochistan and Khyber Pakhtunkhwa, 11 of Sindh and two of the federal capital.