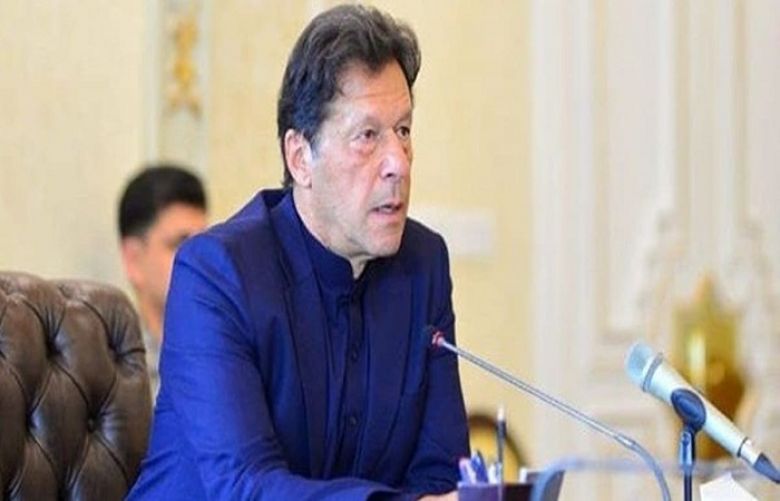 Prime Minister Imran Khan announced Saturday that he has launched urban forestry in Lahore on the lines of the Miyawaki technique used in Japan.

"I have launched urban forestry on the lines of Miyawaki technique in Japan where the trees grow 10 times faster and 30 times denser and is the best way to fight pollution," said PM Imran in a tweet.

I have launched urban forestry on the lines of Miyawaki technique in Japan where the trees grow 10 times faster and 30 times denser and is the best way to fight pollution. 50 sites have been chosen in Lahore. First experiment was in Liberty roundabout in 2020. pic.twitter.com/iOJcYi6sSn

The premier shared that 50 sites have been identified in Lahore for the campaign.

The PM said that the "first experiment" was in Liberty roundabout last year. He also shared an image of the roundabout from last year and this year to show the effectiveness of the technique.

The PM tweeted a day after he launched a countrywide spring tree plantation drive in the Miyawaki Urban Forest at Jilani Park in Lahore.

What is the Miyawaki technique?
The technique mentioned by PM Imran Khan was developed by Japanese botanist Akira Miyawaki and helps in building dense, native forests.

The approach is supposed to ensure that plant growth is 10 times faster and the resulting plantation is 30 times denser than usual.

It involves planting dozens of native species in the same area, and becomes maintenance-free after the first three years. The technique is alternatively known as the potted seedling method.

The Miyawaki technique is used firstly by carrying out a soil survey. The survey helps in determining the soil texture in which plants should be planted.

Under the method, there is also a need to identify all native species in the area and saplings with the highest height between 60–80 centimeters.

To ensure it is a success tree species are selected as per the three layers like shrub layer, Subtree layer, tree layer, and canopy layer. It is also pertinent to mention that the same species are not to be placed next to each other.

Once the soil has been prepared and the trees are planted using the Miyawaki methodology the forest will be required to be monitored for three years.

After three years the forest becomes self sufficient.