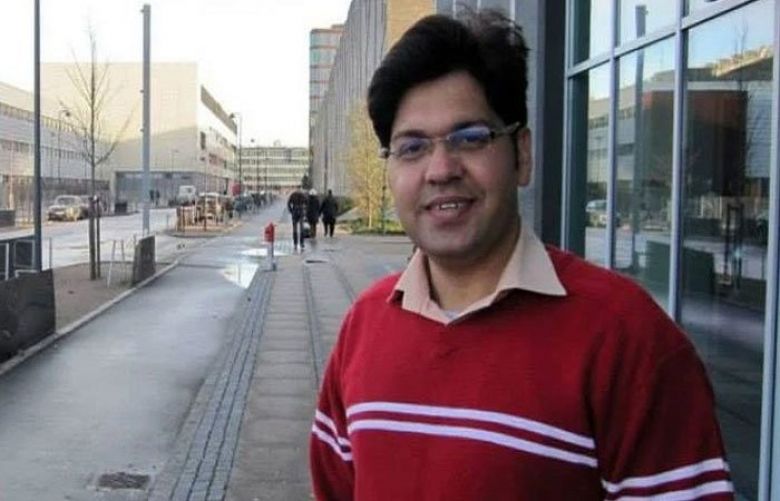 Securities and Exchange Commission of Pakistan (SECP) Additional Joint Director Sajid Gondal said Tuesday he has returned home and is safe, after being missing for five days.

Gondal, in a tweet, said: "I am back and safe, and I am thankful to all friends who were worried for me."

SP Rural Islamabad Zone confirmed the SECP official had returned. However, Gondal's wife — speaking to Geo News — said that neither had her husband returned home nor had he contacted her.

Earlier, Prime Minister Imran Khan had noted with concern in a meeting of the federal cabinet the disappearance of Gondal and directed authorities to "leave no stone unturned" for his recovery, Radio Pakistan reported information minister Shibli Faraz as saying.

The prime minister's concern came after a protest was held today outside Prime Minister's Secretariat in Islamabad by Gondal's relatives and well-wishers.

I am back and safe, and I am thankful to all friends who were worried for me.

His wife deplored that no institution has contacted her so far with regard to the recovery of her husband.

“Why was a Pakistani citizen picked up? Sajid Gondal has never reported on any sensitive matter,” the wife told the media while talking to reporters at the protest.

Gondal’s wife lamented that her husband was still missing despite the orders of the court for his recovery. She said that the family only seeks the assistance of government institutions in recovering Gondal.

She added if her husband had broken the law in any way then he should be produced before the court.

The directives were issued by IHC Chief Justice Athar Minallah while hearing a case related to the missing SECP official.

During the hearing, the IHC CJ slammed the government for its failure to recover Gondal.

“Is this a normal case?” the judge rhetorically asked the officials present in court.

The judge asked the officials whether they had any idea as to how many such cases were being heard by his court. He also wondered how the officials would react if a federal minister’s son went missing.

On Saturday, the IHC had ordered law enforcement to recover Gondal by Monday.

The IHC had issued the directives while hearing a habeus corpus petition filed by Gondal's mother over her son's disappearance.

During the hearing, the court had remarked that if Gondal was not recovered by 2pm on Monday, the secretary of the interior ministry will have to appear in person before the court.

"If Sajid Gondal is not recovered [by Monday] then the chief commissioner and IG police will also present themselves before the court," the IHC had said.

The SECP official had gone missing on Thursday evening, prompting top government officials, including the human rights minister, Shireen Mazari, and the premier's aide on accountability, Shahzad Akbar, to issue directives for his "early recovery" on Friday.