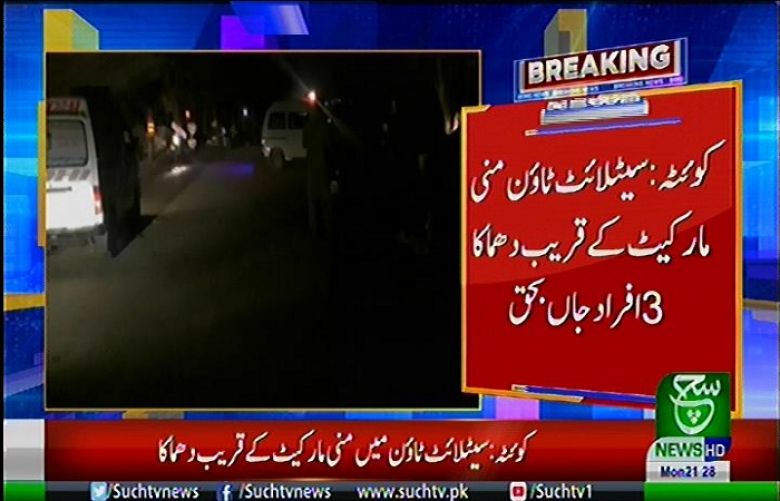 Three People was martyred, while others were injured in a blast in a market in Quetta's Satellite Town on Monday.

A police van was also damaged from the blast. Security officials have arrived at the area and cordoned it off. The injured are being shifted to the Civil Hospital, where an emergency has been imposed.

The nature of the blast has not yet been determined.

This is the fourth attack in the past two weeks. Last week, 13 people had died in a suicide bombing, that was said to have targeted an Elite police van, at Data Darbar, Lahore.