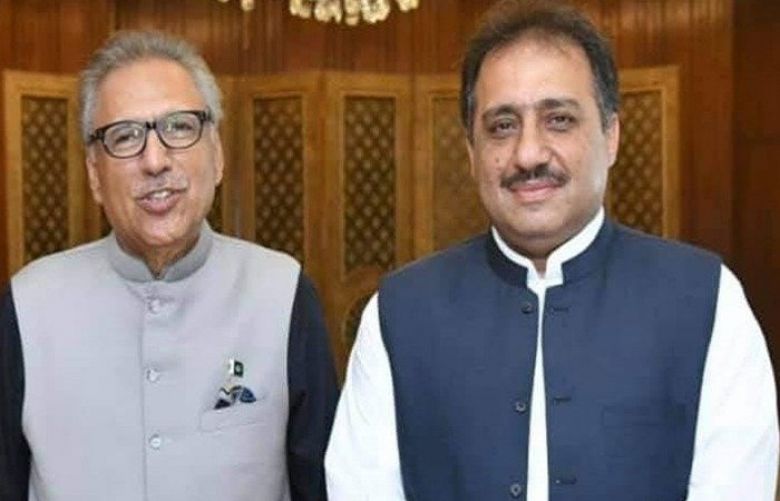 A notification issued from President Alvi’s office said that he has accepted Yasinzai’s resignation and appointed Agha as his replacement.

Yasinzai, who was appointed as Governor of Balochistan by President Alvi in October 2018, was asked to step down by Prime Minister Imran Khan in a letter after which the retired judge decided to resign.

In May, the former governor refuted the controversial statement attributed to him against PM Imran Khan and said that he did not speak to anyone and did not give an interview to any TV channel or newspaper.

"I respect Prime Minister Imran Khan from the bottom of my heart, I can't even think or dream of giving such [controversial] statements [about PM Khan]," Yasinzai had said.

According to Geo News, the premier wrote a letter to Yasinzai in which he said that he wants to appoint someone else in his place.

In his letter, the premier wrote that he wanted to meet Yasinzai in person but couldn't do so due to COVID-19.

"It has been a pleasure [working] with you, striving for the creation of a welfare state, and especially looking after the people of the province of Balochistan," the premier wrote in the letter.

"However, given the current political situation, dexterity and deftness are needed at this juncture for a delicate balancing act to simultaneously ensure political inclusion and fulfilment of our commitment towards the people of Pakistan."

"Above in view, I intend to appoint a new governor in Balochistan and would, therefore, request you to resign.

"This, of course, does not in any way reflect adversely on your competence or performance. It is just that the transformed political challenges Pakistan faces at present require, I believe, a change.