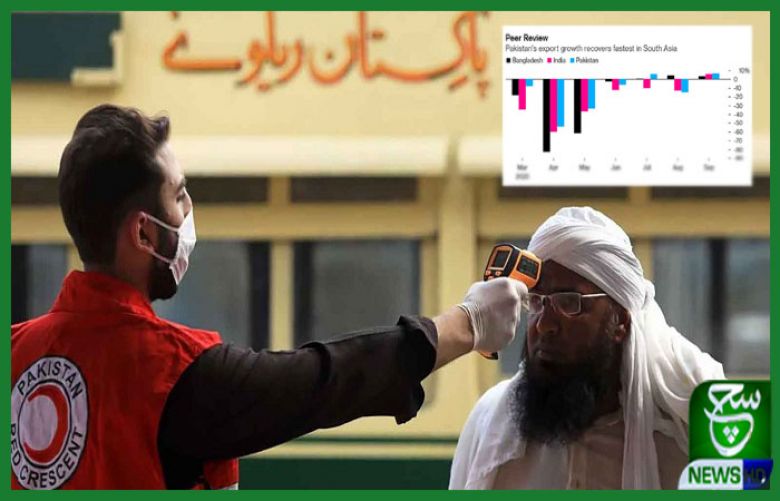 In a report, the economic journal said the outbound shipments have grown at a faster pace than Bangladesh and India as textiles, which account for half of the total export, led the recovery.

The country saw total shipments grow 7pc in September, compared with New Delhi’s per cent and Dhaka’s 3.5 per cent.

The report said that Prime Minister Imran Khan’s administration was the first in the region to ease pandemic restrictions, allowing export units to reopen in April, a month after locking them down to stem the spread of Covid-19. This helped draw companies from to the South Asian nation.

“Pakistan has seen orders shifting from multiple nations including China, India and Bangladesh,” the report quoted Shahid Sattar, secretary-general at the All Pakistan Textile Mills Association as having said. “Garment manufacturers are operating near-maximum capacity and many can’t take any orders for the next six months.”

Even as lockdown curbs disrupted trade in India and Bangladesh for at least two months beginning late March, Pakistan was already making face masks and personal protective gear for export.

The South Asian nation also gained some orders from companies looking to diversify their supply chains amid the trade war between the U.S. and China, the world’s top textile exporter, despite factories there reopening as early as April.

“Despite a relatively rapid recovery of exports, following the ease of the lockdown imposed by the Covid-19 pandemic, a long-term view reveals stagnation,” said Gonzalo Varela, senior economist at the World Bank. “Pakistan needs an across the board tariff rationalization to encourage manufacturers to export and the nation to compete with other nations.”