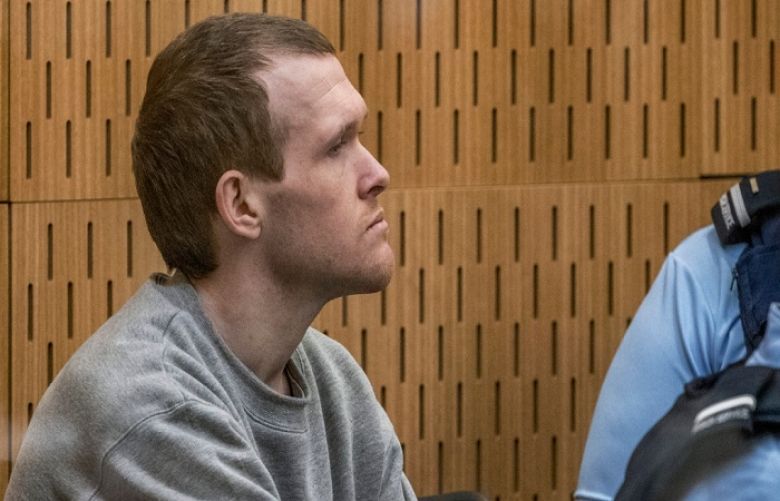 The Australian man who shot and killed 51 Muslim worshipers at two mosques in New Zealand last year has been sentenced to life without the possibility of parole.

Brenton Tarrant, 29, was convicted at the High Court in Christchurch on Thursday of 51 counts of murder, 40 of attempted murder, and one of terrorism.

The sentence was unprecedented in New Zealand.

Justice Cameron Mander said the finite term was not sufficient.

“Your crimes… are so wicked that even if you are detained until you die, it will not exhaust the requirements of punishment and denunciation,” Mander said.

“As far as I can discern, you are empty of any empathy for your victims,” he said.

“The hatred that lies at the heart of your hostility to particular members of the community that you came to this country to murder has no place here — it has no place anywhere,” Mander said.

Tarrant did not object to the sentence.

On March 15, 2019, Tarrant opened fire on Muslim worshipers attending prayers at two mosques in Christchurch. He live-streamed parts of the shooting rampage on Facebook.

Shortly before the terrorist attacks, he had published an ideological “manifesto” filled with extreme views in which he described Muslim immigrants in Europe as “invaders.”

The gunman had previously pleaded not guilty to all charges leveled against him, prompting anger from survivors and the relatives of those killed in the attacks.

However, he made a surprise turnaround in March entering guilty pleas to all charges. The mosque attacks were New Zealand’s worst-ever mass shooting. The violence prompted New Zealand’s government to tighten the country’s gun laws and review laws dealing with hate speech.

What did the judge say?

On the last day of a four-day sentencing hearing, Justice Mander spent almost an hour reminding Tarrant of each person he killed and injured.

He added that despite the gunman's guilty pleas, the gunman appeared "neither contrite nor ashamed".

Tarrant, who said through a lawyer in court that he did not oppose the prosecution's application for a life without parole sentence, did not react to the sentence. He had earlier also refused the right to speak at his sentencing.

The sentencing hearing began on Monday, with a large part of the first three days dedicated to hearing victim impact statements.

Tarrant appeared largely emotionless over the past three days, as almost 90 victims - some grieving, others defiant - confronted him.

Sara Qasem, whose father Abdelfattah Qasem died at the Al Noor Mosque, spoke of the last moments of his death, saying: "I wonder if he was in pain, if he was frightened, and what his final thoughts were. And I wish more than anything in the world that I could have been there to hold his hand and tell him it would all be OK."

She struggled to hold back her tears, before looking at Tarrant and saying "these tears are not for you".

What happened in Christchurch?

The gunman opened fire on two mosques in the city on 15 March last year.

He first targeted worshippers inside the Al Noor mosque. Less than 30 seconds later, he returned to his car to pick up another weapon and then re-entered the mosque and resumed firing on those inside.

The entire incident was broadcast on Facebook Live via a headcam he was wearing.

He then drove to the Linwood Islamic Centre where he shot two people outside and then shot at the windows.

A man from inside rushed outside and picked up one of the attacker's shotguns before chasing him away.

Two police officers then chased and arrested the gunman. After his arrest, he told police that his plan was to burn down mosques after his attack and he wished he had done so.

During this week's sentencing, the court heard that the gunman planned to target another mosque but was detained by officers on the way.

The 29-year-old white supremacist has been described by Australian Prime Minister Scott Morrison as an "extremist, right-wing terrorist".

After the death of his father in 2010, he quit his job and travelled through parts of Asia and Europe.

His grandmother told news outlet 9News that she believed these travels changed him, saying: "It's only since he travelled overseas I think that boy has changed - completely to the boy we knew".

He moved to New Zealand in 2017 and started planning his attacks against the Muslim community.

He was active on fringe online forums and posted a 74-page "manifesto" online prior to his attack.

"I chose firearms for the affect it would have on social discourse, the extra media coverage they would provide and the affect it could have on the politics of the United States and thereby the political situation of the world," he wrote in his manifesto, according to a New York Times report.

Tarrant added that he also hoped to "create conflict between the two ideologies within the United States on the ownership of firearms in order to further the social, cultural, political and racial divide".

He also said that he would be "quickly forgotten" after the attack, adding that he didn't mind this.

How did New Zealand respond?

The attack prompted New Zealand to reform its gun laws.

Less than a month after the shootings, the country's parliament voted by 119 to 1 on reforms banning military-style semi-automatic weapons as well as parts that could be used to build prohibited firearms.

The government offered to compensate owners of newly-illegal weapons in a buy-back scene.

s Ardern has said that "much more" needs to be done to stop radicalisation in the country.

"The challenge for us will be ensuring in our everyday actions, and every opportunity where we see bullying, harassment, racism, discrimination, calling it out as a nation," she said on the first anniversary of the attacks.