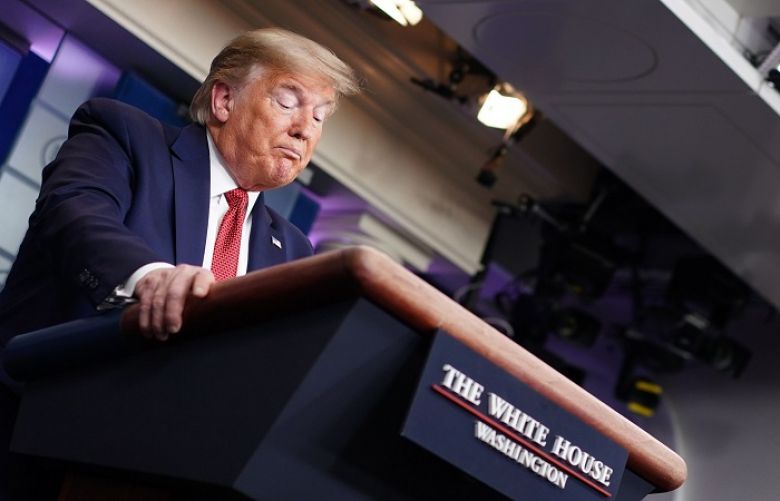 The Trump administration cut staff by more than two-thirds at a key U.S. public health agency operating inside China, as part of a larger rollback of U.S.-funded health and science experts on the ground there leading up to the coronavirus outbreak, Reuters has learned.

Most of the reductions were made at the Beijing office of the U.S. Centers for Disease Control and Prevention (CDC) and occurred over the past two years, according to public CDC documents viewed by Reuters and interviews with four people familiar with the drawdown.

The Atlanta-based CDC, America’s preeminent disease fighting agency, provides public health assistance to nations around the world and works with them to help stop outbreaks of contagious diseases from spreading globally. It has worked in China for 30 years.

The CDC’s China headcount has shrunk to around 14 staffers, down from approximately 47 people since President Donald Trump took office in January 2017, the documents show. The four people, who spoke on condition of anonymity, said the losses included epidemiologists and other health professionals.

Most of the reductions were made at the Beijing office of the U.S. Centers for Disease Control and Prevention (CDC) and occurred over the past two years, according to public CDC documents viewed by Reuters and interviews with four people familiar with the drawdown.

The Atlanta-based CDC, America’s preeminent disease fighting agency, provides public health assistance to nations around the world and works with them to help stop outbreaks of contagious diseases from spreading globally. It has worked in China for 30 years.

The CDC’s China headcount has shrunk to around 14 staffers, down from approximately 47 people since President Donald Trump took office in January 2017, the documents show. The four people, who spoke on condition of anonymity, said the losses included epidemiologists and other health professionals.

The material reviewed by Reuters shows a breakdown of how many American and local Chinese employees were assigned there. The documents are the CDC’s own descriptions of its headcount, which it posts online. Reuters was able to search past copies of the material to confirm the decline described by the four people.

“The CDC office in Beijing is a shell of its former self,” said one of the people, a U.S. official who worked in China at the time of the drawdown.

Separately, the National Science Foundation (NSF) and the United States Agency for International Development (USAID), the global relief program which had a role in helping China monitor and respond to outbreaks, also shut their Beijing offices on Trump’s watch. Before the closures, each office was staffed by a U.S. official. In addition, the U.S. Department of Agriculture(USDA) transferred out of China in 2018 the manager of an animal disease monitoring program.

Reductions at the U.S. agencies sidelined health experts, scientists and other professionals who might have been able to help China mount an earlier response to the novel coronavirus, as well as provide the U.S. government with more information about what was coming, according to the people who spoke with Reuters. The Trump administration in February chastised China for censoring information about the outbreak and for keeping U.S. experts from entering the country to assist.

“We had a large operation of experts in China who were brought back during this administration, some of them months before the outbreak,” said one of the people who witnessed the withdrawal of U.S. personnel. “You have to consider the possibility that our drawdown made this catastrophe more likely or more difficult to respond to.”

The White House declined to comment or respond to questions from Reuters regarding the U.S withdrawal of staff in China.

The CDC did not respond to detailed questions submitted by Reuters about the cuts. It has insisted its staffing levels did not hinder the U.S. response to the coronavirus.

“There are many factors that go into decisions around staffing,” the CDC said in a statement.

Some health experts were skeptical that more CDC employees operating inside China would have made a difference in stemming the outbreak. Beijing has been widely criticized for silencing its own public health officials who warned of a deadly new respiratory disease emanating from the Chinese city of Wuhan and surrounding Hubei province.

“The problem was China, not that we didn’t have CDC people in China,” said Scott McNabb, a former CDC epidemiologist who is now a research professor with Emory University. He pointed to China’s censorship as the main culprit in the spread of the pandemic, which has infected at least 435,470 people worldwide, killed 19,598 and upended the global economy.

SHUTTERED OFFICES
The NSF closed all foreign offices in 2018, according to spokesman Robert Margetta. He said the agency planned on “sending teams on short-term expeditions around the world to find ways to increase international collaborations.”

A USAID spokesman said the decision to shutter its Beijing office was “due to significantly decreased access to Chinese government officials as well as the Agency’s position that the Chinese model of development is not aligned with U.S. values and interests.”

The USDA confirmed that it moved a manager position out of Beijing. A spokesman said the department has retained an office in China that employs eight people: five Americans and three Chinese. The office monitors animal disease and helps resolve “trade-related issues as they occur at Chinese ports of entry,” the spokesman said.

Reuters first reported about changes to CDC staffing in China on Sunday. The news agency revealed that the Trump administration had eliminated the position of a U.S. trainer of Chinese field epidemiologists, who were deployed to the epicenter of outbreaks to help track, investigate and contain diseases.

In a press briefing on Sunday, Trump criticized the Reuters story as “100 percent wrong.” Yet the CDC acknowledged the position had been cut. The agency said the decision was made because of China’s “excellent technical capability,” and said the elimination of that post did not hamper the U.S. effort to respond to the coronavirus outbreak.

The CDC staffing documents newly reviewed by Reuters show a sharp decline in the overall number of employees at the agency in Beijing, with 33 out of 47 positions lost.

The documents show the breakdown between American and Chinese staffers. The number of so-called American “assignees” declined to three positions from eight at the outset of the administration. Positions lost included medical epidemiologists and other experts in infectious diseases.

The biggest cuts were to positions filled by Chinese employees on the U.S. payroll, down to around 10 from 40 over the same period. Many of those local hires included medical and disease experts, according to the people who spoke with Reuters.

“Local staffers stayed even longer at the CDC and had a real depth of knowledge,” one of the people said. “There’s a loss of deep expertise and institutional knowledge.”

The CDC told Reuters the three Americans currently on staff in China are a country director, an influenza expert and an information technology expert. A temporary deputy director arrived recently, and that job will be filled permanently, the agency said in a statement. In addition, two Chinese staffers continue to work on specific public health areas, including the training program, according to the statement.

The shuttered USAID and NSF offices in China also had a role in building scientific relationships and combating global disease, according to the four people familiar with the situation.

USAID’s Beijing office, which was staffed by a senior U.S. officer and two Chinese employees, was working on initiatives including multidrug-resistant tuberculosis and malaria, the people said. The office closed in 2019.

The NSF office was once led by Nancy Sung, a respected American scientist who was a key link between the U.S. and Chinese scientific communities, according to the U.S. government official who spoke with Reuters. The office also employed two local staffers.

“She had far more contacts than most of us,” said the official, who had been in China at the time and was familiar with her role. “She could have helped maintain vital channels of communication between the two countries which to this day is greatly curtailed.”

Sung, who is now with the NSF in the United States, declined to comment about the closure of her office in 2018 and referred questions to the agency’s public affairs office.

‘WITHOUT BENEFIT TO THE U.S.’
The changes came amid escalating tensions between Washington and Beijing. Trump has long complained that China has stolen millions of American jobs and intellectual property, charges the Chinese government has rejected as baseless. The countries have slapped billions in tariffs on each other’s goods. Now their leaders are battling to control the narrative over the pandemic.

Trump has called it the “Chinese virus” to keep the focus on China’s role in unleashing the pandemic. China, meanwhile, is trying to assert global leadership by providing aid to Italy and other hard-hit countries.

Over the last two years, the White House has pushed U.S. agencies with a presence in China to de-fund programs there along with the positions to manage them, according to the U.S. official who spoke to Reuters.

The source said Terry Branstad, the U.S. ambassador to China and a former Republican governor of Iowa, tried to remind the White House of the importance of the U.S. presence in China but was told to “get with the program” by an administration official.

“The White House saw the relationship as one-sided and without benefit to the U.S.,” the source said.

A State Department spokesman said in a statement that the U.S. Embassy in China is “one of our largest, reflecting the many areas of bilateral engagement.”

“Since Ambassador Branstad’s arrival, the U.S. Mission to China has maintained robust staffing to advance important foreign policy goals on behalf of the American people,” the statement said. “Staffing levels for the numerous federal agencies and sections have, on the whole, held steady and in some cases increased.”

After Reuters’ story about the elimination of the key CDC position in China ran on Sunday, Trump’s re-election campaign seized on it for fundraising. In a mass email to supporters, it accused Trump’s critics of “siding with the Chinese” and helping Beijing with a “cover-up.”

The CDC on Monday told Reuters that Redfield had decided to add a global health threats program director to its China staff.

“At the request of Dr. Redfield, CDC is continuing to look long term at possible additions to enhance CDC’s 30 plus year presence in China,” the statement said.