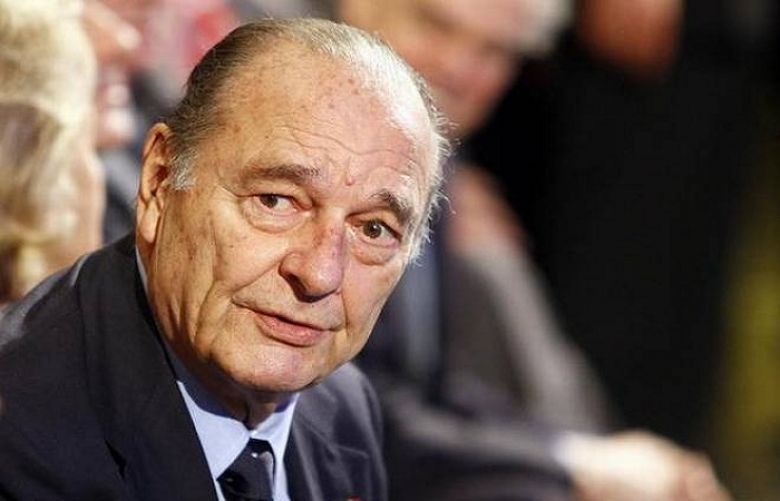 Jacques Chirac, a two-term French president who was the first leader to acknowledge France’s role in the Holocaust and defiantly opposed the US invasion of Iraq in 2003, died on Thursday at age 86.

Chirac was president from 1995 to 2007. He shaped his style in the mould of post-war leader Charles de Gaulle, seeking to strengthen France's status as a player on the world stage.

The National Assembly interrupted a sitting to hold a minute's silence. President Emmanuel Macron cancelled a public engagement and scheduled a televised address later on Thursday.

"He passed away peacefully this morning surrounded by his loved ones," his son-in-law Frederic Salat-Baroux told Reuters.

Mayor of Paris for 18 years and prime minister for presidents on the political left and right before entering the Elysee Palace himself, Chirac had a knack for connecting with voters, particularly in rural France.

In death, he will be fondly remembered for his defiant opposition to the US-led invasion of Iraq, a military campaign which turned Chirac's relationship with then British Prime Minister Tony Blair into an acrimonious low.

Blair said he was deeply saddened by Chirac's passing.

"He was a towering figure in French and European politics over many decades. Whatever our differences from time to time, he was always unfailingly kind, generous and personally supportive," Blair said in a statement.