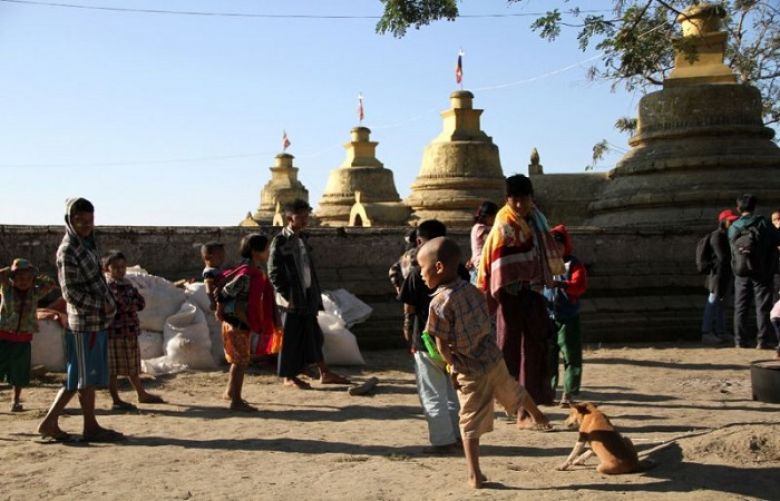 Nine policemen have been killed in a militant attack in Myanmar’s western Rakhine state, police said on Sunday, as tensions ratchet up in a state riven by ethnic and religious conflict.

A bloody military crackdown in 2017 forced some 740,000 Rohingya Muslims over the border into Bangladesh in violence UN investigators have said warrants the prosecution of top generals for genocide and crimes against humanity.

But the armed forces are now waging a war against a militant group claiming to represent the state’s ethnic Rakhine Buddhists, a population that also stands accused of aiding soldiers in their expulsion of the Rohingya.

The Arakan Army (AA) has in recent months mounted several attacks on security forces and officials in its struggle for more autonomy and rights for Rakhine people.

Images seen by AFP showed bodies lying on the ground, covered in blankets with a pool of blood soaking into the dust in the grounds of the ramshackle police station.

“Nine police were killed, one was injured and another one is missing,” a senior police officer told AFP, not wanting to be named.

A leaked police report said weapons were also taken from the police post.

No group has yet claimed responsibility and the AA could not immediately be reached for comment.

A local administrator confirmed investigations are under way.

Northern Rakhine state is inaccessible outside of carefully government-chaperoned trips and information is difficult to verify independently.

But swathes of the state’s north are once again engulfed in conflict.

The military has brought in thousands of reinforcements and is bombarding AA positions with heavy artillery.

Several thousand people have been forced from their homes by the violence.

Yet there is widespread support for the AA’s cause across much of Rakhine, one of the poorest states in the country, where many feel they have suffered decades of discrimination by the state.

Some 100 local administrators submitted their resignation en masse this month calling for the release of four colleagues reportedly arrested for having links with the AA.

The verdict in a treason trial against a popular Rakhine politician is also expected in the coming days and could prove to be a further flashpoint.

Aye Maung stands accused of treason after allegedly inciting Rakhine people in a speech last year to take arms and rise up against the country’s ethnic-Bamar (Burmese) majority.

The AA has expanded its ranks since its formation in 2009 and is now believed to have several thousand recruits.

The group ramped up operations at the end of last year, but it was a deadly attack on four police posts on Independence Day early January that focused the country’s attention and triggered the military’s swift retaliation.

Thirteen police officers were killed in the brazen attack and in an unprecedented move the civilian government instructed the military to crack down on the insurgents.

This came just a couple of weeks after the military declared a unilateral ceasefire against ethnic armed groups on the other side of Myanmar, allowing the army to concentrate its efforts in Rakhine.

Myanmar's restive borderlands have been plagued by conflict since independence from British colonial rule 70 years ago.

Violence in strife-torn Rakhine was glossed over by Myanmar's leader Aung San Suu Kyi at a recent investment forum where she touted the state’s "untapped" economic potential and blamed the international community for focusing "narrowly" on its problems.