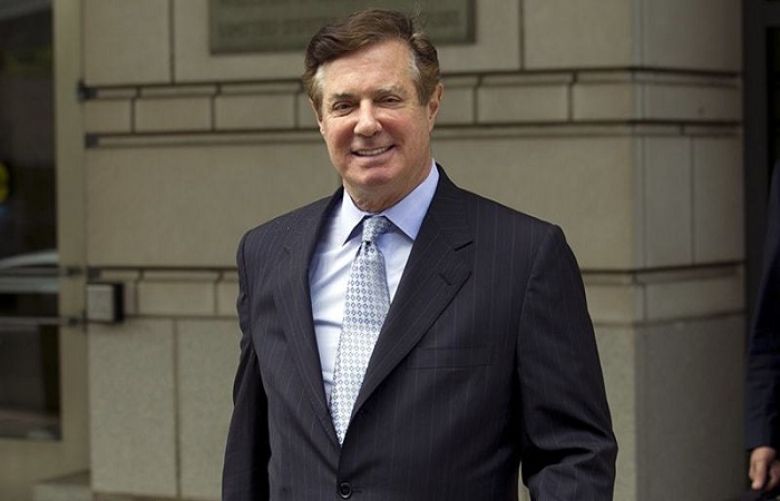 US President Donald Trump's former campaign chief Paul Manafort is to be sentenced for tax crimes and bank fraud on Thursday in a high-profile case stemming from Special Counsel Robert Mueller's probe of Russian interference in the 2016 election.

Manafort, who turns 70 in April, faces potentially spending the rest of his life behind bars when he comes before Judge TS Ellis at 3:30 pm (2030 GMT) in an Alexandria, Virginia, courtroom.

Manafort was convicted in August of five counts of filing false income tax returns, two counts of bank fraud and one count of failing to report a foreign bank account. The jury deadlocked on 10 other charges.

Manafort is one of a half dozen former Trump associates and senior aides charged by Mueller, who has been investigating Russian meddling in the 2016 presidential election and possible collusion with the Trump campaign.

The charges against Manafort were not connected to his role in the Trump campaign, which he headed for two months in 2016, but were related to lucrative consulting work he did for Ukrainian politicians from 2004 to 2014.

The sentencing guidelines for Manafort's crimes call for between 19 and 24 years in prison but his defence attorneys have urged Judge Ellis to impose a "substantially" lower jail term.

In a filing with the judge, they said the Republican political powerbroker is "truly remorseful" and is in poor health after spending the past nine months in prison.

Manafort, who suffers from gout, is a first-time offender and the sentencing guidelines are "clearly disproportionate" for the crimes he committed, his attorneys said.

Mueller's team issued a scathing rebuttal, stating that Manafort had breached a plea agreement reached with the government and lied repeatedly to the FBI and the Special Counsel's office.

Manafort is accused of lying about various matters including his contacts with a suspected Russian operative, Konstantin Kilimnik, with whom he reportedly shared polling data about the 2016 election.

"The defendant blames everyone from the Special Counsel's Office to his Ukrainian clients for his own criminal choices," prosecutors said.

Manafort was accused of hiding tens of millions of dollars from the US tax authorities which were paid as consulting fees for the work he did over the years for Russian-backed Ukrainian politicians.

'Own criminal actions'
In arguing for a lighter sentence, Manafort's attorneys said he has been "devastated personally, professionally and financially".

Mueller's office countered that it was "Manafort's own criminal actions that have led to these consequences".

Trump has repeatedly denied any election collusion with Moscow and denounced the probe by Mueller, a former FBI director, as a "political witch hunt". Trump has also dangled the possibility of pardons for some of those indicted — including Manafort, whom he has praised as a "good man" who has been treated unfairly.

Manafort has also been charged in Washington with money laundering, witness tampering and other offences and faces separate sentencing in that case on March 13.

It was his work for Viktor Yanukovych, who served as president of Ukraine from 2010 to 2014, when he fled to Russia amid corruption allegations, which got Manafort in trouble.

Prosecutors alleged that Manafort used offshore bank accounts in Cyprus to hide more than $55 million from Ukrainian politicians from the tax authorities.

The money was used to support a lavish lifestyle which included purchases of luxury homes and cars, antique rugs, and expensive clothes, including an $18,500 python jacket.

During Manafort's trial, much of the damaging testimony against him was provided by his former deputy Rick Gates, who is awaiting sentencing after reaching a plea agreement with the Special Counsel's office.

Besides Manafort and Gates, four other former Trump associates face charges or have pleaded guilty to charges stemming from the Mueller investigation.

Former National Security Advisor Michael Flynn pleaded guilty to lying to the FBI about his contacts with Russian officials and is awaiting sentencing.

George Papadopoulos, a foreign policy advisor to the Trump campaign, pleaded guilty to lying to the FBI and was sentenced to two weeks in prison.