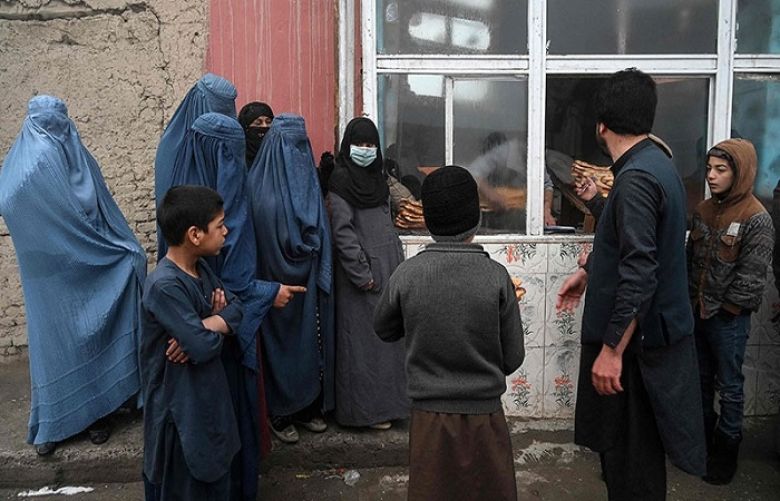 Taliban leaders in Afghanistan are institutionalising large scale and systematic gender-based discrimination and violence against women and girls, says a UN report released this week.

The report was released on Monday by the Special Procedures group, which is the largest body of human rights experts in the UN system.

In a tweet posted on the group’s official site, the experts claimed that Taliban leaders were “attempting to erase women and girls from public life through systematic gender-based discrimination & violence.”

The international community “must step up humanitarian assistance responsive to women’s needs,” they added.

The experts reiterated the alarm — sounded on several occasions since the Taliban’s takeover of Afghanistan, warning that the situation needed immediate attention.

“Taken together, these policies constitute a collective punishment of women and girls, grounded on gender-based bias and harmful practices,” the experts said.

“We are concerned about the continuous and systematic efforts to exclude women from the social, economic, and political spheres across the country.”

The experts warned that these concerns were “exacerbated in the cases of women from ethnic, religious or linguistic minorities such as the Hazara, Tajik, Hindu and other communities whose differences or visibility make them even more vulnerable in Afghanistan.”

They also noted the increased risk of exploitation of women and girls including of trafficking for the purposes of child and forced marriage as well as sexual exploitation and forced labor.

The report claimed that these exclusionary and discriminatory policies were enforced through a wave of measures such as barring women from returning to their jobs, requiring a male relative to accompany them in public spaces, prohibiting women from using public transport on their own, as well as imposing a strict dress code on women and girls.

“In addition to severely limiting their freedom of movement, expression and association, and their participation in public and political affairs, these policies have also affected the ability of women to work and to make a living, pushing them further into poverty,” the experts said.

“Women heads of households are especially hard hit, with their suffering compounded by the devastating consequences of the humanitarian crisis in the country.”

The experts warned that the continued denial of the fundamental right of women and girls to secondary and tertiary education was “of particular and grave concern.”

The report shows that such restrictions stigmatise women and force a vast majority of girls — who should be attending grades 7-12 — to stay out of schools, solely because of their gender.

“Today, we are witnessing the attempt to steadily erase women and girls from public life in Afghanistan including in institutions and mechanisms that had been previously set up to assist and protect them,” the experts wrote.

Commenting on the decision to close the Ministry of Women’s Affairs and the physical occupation of the premises of the Afghan Independent Human Rights Commission, the experts warned that such measures have the worst impact on those “women and girls who are most at risk.”

“Various vital, and sometimes lifesaving, service providers supporting survivors of gender-based violence have shut down for fear of retribution,” the experts added.