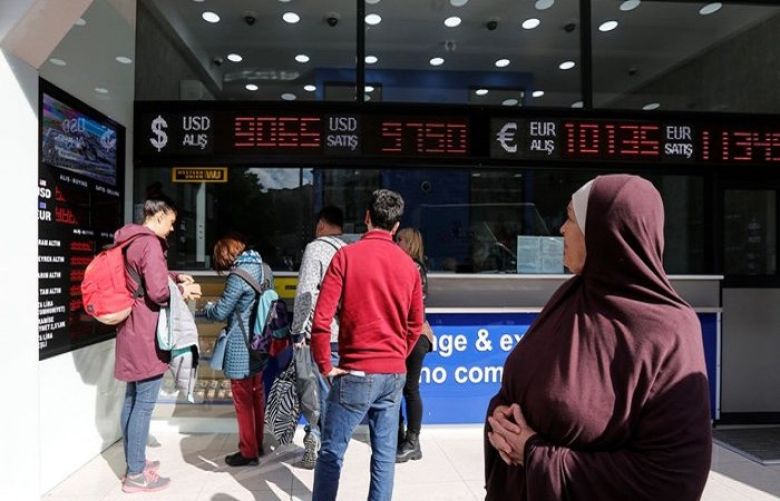 The Turkish lira weakened by 0.5% on Friday as investor concerns persisted over the combination of lower rates and higher inflation, and after the government denied a newspaper report that the finance minister had offered his resignation.

The resignation speculation played little role in market activity, traders said, pointing rather to the firmer dollar that was pushing the lira to near an all-time low of 9.85 touched late last month.

It has lost some 23% of its value so far this year, hurt primarily by what analysts have called premature monetery easing in the face of inflation running near 20%.

The central bank has cut its policy interest rate by a total of 300 basis points since September, sending the lira to a series of record lows against the dollar.

Presidential communications director Fahrettin Altun denied a Cumhuriyet newspaper story on Friday that Treasury and Finance Minister Lutfi Elvan had offered his resignation and that President Tayyip Erdogan had not accepted the offer.

"Our Treasury and Finance Minister Lutfi Elvan is carrying out his duties. The story here is a lie," Altun wrote on Twitter.

In a speech on Thursday evening, Elvan dismissed some analysts' view that the government sought a weak lira to support exports. He said Turkey had a floating exchange rate policy and that the market set the currency's value.

Elvan said there had been volatility in financial markets in the last two months under the impact of global developments, with movement seen in market rates, asset prices and the exchange rate after Turkey's rate cuts.

The central bank surprised markets in September by starting the easing cycle despite inflation rising to a 2-1/2-year high.