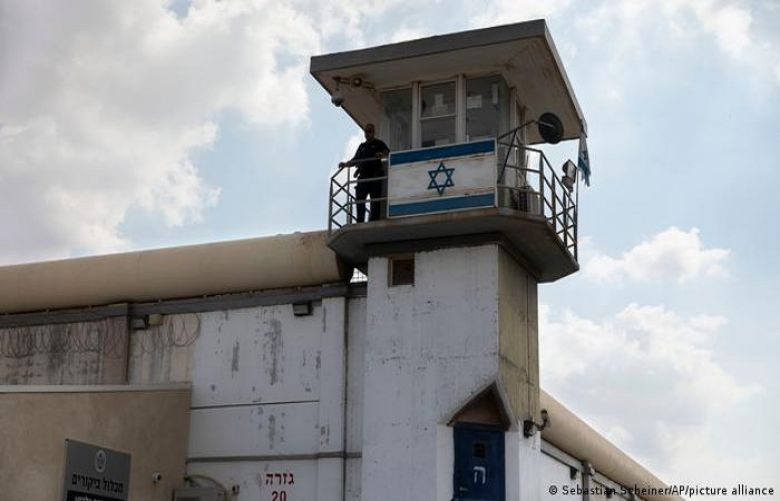 Israeli forces have been searching for six Palestinian prisoners who managed to escape from a high-security facility in northern Israel early on Monday.

The prisoners escaped from the Gilboa prison, which is supposed to be one of Israel’s most secured facilities. Such breakouts are extremely rare.
“Overnight, we received a number of reports about suspicious figures in agricultural fields and from the prison service, which discovered very quickly that prisoners were missing from their cells and that six escaped,” police spokesman Eli Levy told Israeli Kan Radio.

The army said its forces were “prepared and deployed” in the occupied West Bank as part of the operation.
Local media reports said the men, who likely shared the same prison cell, escaped through a tunnel and appeared to have received some outside help. The tunnel appeared to have been dug from below a toilet in the cell, from which the prisoners crawled their way out of the facility.

The prisoners included Zakariye Zubeidi, 46, a former Fatah party leader in the northern West Bank city of Jenin, as well as five Palestinian Islamic Jihad members serving life sentences for involvement in attacks on Israelis during the Palestinian Intifada – or uprising – in the early 2000s.

Israeli Prime Minister Naftali Bennett in a statement called the escape “a serious incident” and said he was receiving regular updates about the search.

Israel holds some 4,750 Palestinians across dozens of prison facilities, including 42 females, 200 children, and 550 administrative detainees, according to prisoners’ rights group Addameer.

While rare, it was not the first escape of Palestinian prisoners from Israeli prisons. In 1995, three Palestinians broke out from the Kfar Yona facility, and in 2014 Shata prison, near Gilboa, discovered an escape attempt similar to Monday’s through tunnels.