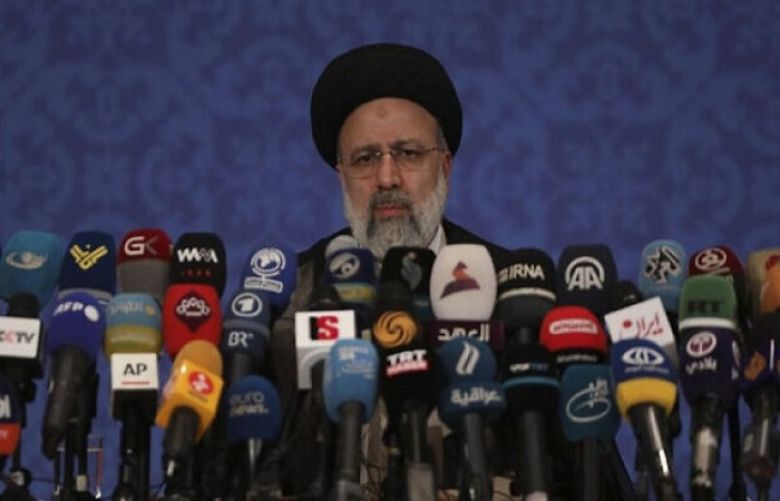 Iran’s President-elect Ebrahim Raisi said on Monday he will not allow nuclear negotiations for the sake of negotiations, in his first news conference since winning election last week.

Raisi also ruled out meeting US President Joe Biden but said there were “no obstacles” to resuming diplomatic relations with Saudi Arabia which have been severed for five years.“Any negotiations that guarantee national interests will certainly be supported, but... we will not allow negotiations to be for negotiations’ sake,” Raisi said of the nuclear talks. “Any meeting must produce a result... for the Iranian nation,” he added.

The 2015 deal saw Iran accept curbs on its nuclear capabilities in return for an easing of sanctions, but former US president Donald Trump unilaterally withdrew three years later and ramped up sanctions, prompting the Islamic republic to pull back from its nuclear commitments.

Trump’s successor Biden has signalled his readiness to return to the deal and state parties — also including Britain, China, France, Germany and Russia — have lately been negotiating its revival in Vienna.

The European Union’s top diplomat Josep Borrell said that there was “no reason to believe” that Raisi’s government would take “a different position” in the talks than its predecessor. When asked by a Russian media outlet whether he would meet Biden and try to “fix” issues between them in the event the nuclear talks lead to the US lifting sanctions on Iran, he replied, flatly: “No”.