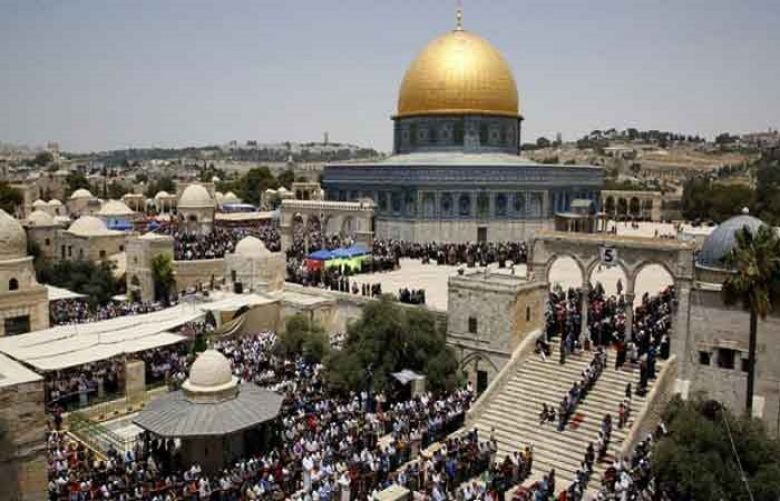 The Al-Aqsa mosque compound will be closed on Friday, said authorities on Wednesday after a rise on COVID-19 cases.

With cases of the virus on the rise in Israel and the Palestinian territories, the Waqf authority held an emergency meeting with health officials.

Waqf members decided to "suspend the entry of worshippers starting from Friday afternoon (September 18) for a period of three weeks".

"We hope that citizens will understand this procedure, in order to preserve their health and wellbeing," Waqf member Hatem Abdel Qader told AFP.

The closure coincides with a three-week lockdown to be imposed by Israel, which controls the entrances of the compound.

The call to prayer will continue to ring out across Jerusalem´s Old City, Qader said, while Waqf employees will be allowed to pray at the site.

Jordan is the custodian of the compound, known by Muslims as the Haram al-Sharif, or Holy Sanctuary, and as the Temple Mount by Jews.

It is only the second time that the Waqf has decided to close the compound since Israel occupied east Jerusalem in the Six-Day War of 1967.

Israel has previously blocked access to the flashpoint site, which is a focus of Palestinian aspirations for statehood.

The Waqf shut the compound at the onset of the pandemic in March, when sweeping closures upended religious life in a way not seen for centuries.

In the occupied West Bank some 214 people have died from the virus and more than 30,200 cases have been registered by Palestinian authorities.