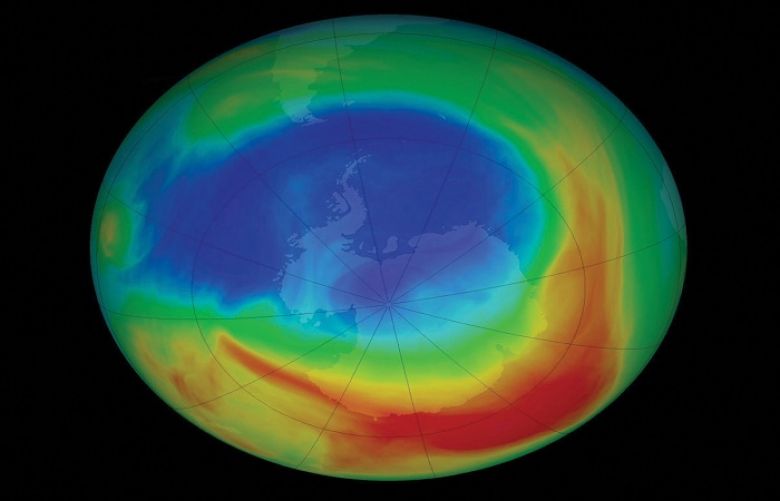 In a strange happening, the largest hole in the ozone layer ever recorded over the Arctic has suddenly closed just weeks after scientists had announced its existence.

According to the details, the unusually large hole in the ozone layer formed earlier this year and reached its maximum size in March some 11 miles above the surface of the Earth.

‘It is very unusual for such strong ozone depletion to occur in the northern hemisphere, but this year’s polar vortex was exceptionally strong and persistent, and temperatures were low enough to allow stratospheric cloud formation for several months,’ Copernicus’ Antje Inness told media.

It is pertinent to mention here that ozone layer helps filter ultaviolet light from the atmosphere, and when holes appear it means more harmful solar radiation is penetrating the atmosphere and reaching the Earth’s surface.

Some scientists suggested the rapid disappearance of the ozone hole might have been caused by the radical reductions in air pollution during the worldwide COVID-19 shutdowns but the CAMS team have rejected the idea.

‘COVID19 and the associated lockdowns probably had nothing to do with this,’ the group wrote in a Twitter post.

‘It’s been driven by an unusually strong and long-lived polar vortex, and isn’t related to air quality changes.’

CAMS team said that just as the hole rapidly formed due to unusually cold polar vortex, its disappearance is likely a result of the polar vortex warming, which causes it to begin mixing with ozone-rich air from the lower atmosphere, offsetting the temporary depletion.