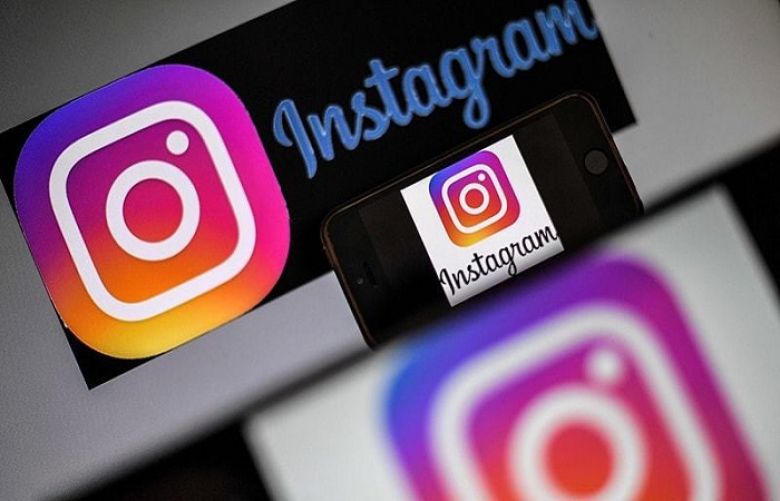 'Foodporn', 'nofilter' and 'TBT': Little known to the general public a decade ago, Instagram has weaved its way into the daily lives of a billion people, changing the way we eat, travel and consume.

On October 6, 2010 two Americans, Kevin Systrom and Mike Krieger, launched Instagram as a social network dedicated to photo sharing. The novelty? The app offered filters to adjust brightness, contrast and colour to create the perfect photo in an instant.

It had immediate success. The app was bought by Facebook two years after its launch, and by that time it had become the world's most popular platform for uploading endless streams of selfies and had its own stars, Instagirls such as fashion blogger Chiara Ferragni with 21 million followers and Kylie Jenner of the Kardashian clan with 196m followers.

Exhibitions, dinners, people on public transport or on vacation, every corner had become a backdrop for capturing a self-portrait for public consumption.

“We have entered the era of 'the internet reality' where one can only exist through what one publishes on social networks. I selfie, therefore I am,” said Michael Stora, psychologist and president of the French research collective Observatory of Digital Worlds in Humanities (OMNSH).

Ten years on from its launch, Instagram has evolved far beyond selfies, as it redefines “experiences” and blurs the lines between reality and someone's carefully curated personal brand.

The success of Instagram and selfies didn't escape the notice of brands.

One of the top selfies of the 2014 Oscars including a beaming Ellen DeGeneres, Jennifer Lawrence and Brad Pitt was taken on a smartphone made by event sponsor Samsung.

The app has become the preferred platform for luxury brands, particularly fast-fashion labels which have developed powerful digital marketing strategies to attract millions of users on the platform.

A shopping function introduced last year has turned Instagram into an e-commerce site, allowing companies to use their profiles as virtual storefronts so users can shop and pay without ever leaving the app.

It has also launched countless careers of digital “influencers” who churn out daily content to their loyal followers, striking endorsement deals along the way.

“They send me the product and I provide all the service around it [...] Brands no longer need to call on an advertising agency. We take care of everything,” said Pauline Privez, a 36-year-old fashion and beauty influencer since 2009.

Instagram has also made luxury brands more accessible, as they are able to interact daily with users through their own accounts, said fashion historian Audrey Millet.

“By freely publishing content they open up to everyone, shedding the image of snobbery that has been attached to them,” Millet said.

The application has also revolutionised the dining experience.

Restaurateurs can count on carefully staged photos of their dishes, or moody shots within their cosy interiors to attract new clients. It is even possible to reserve a table at some restaurants directly through the app.

Instagram has become a place to search for inspiration in the kitchen, where anyone can access the recipes of famous chefs who have invested heavily in the platform, such as Jamie Oliver who is followed by 8.3 million people and posts new recipes daily.

Maelle Bourras, a Parisian in her 30s, follows “about 15 chefs” including Alain Passard, who has half a million subscribers, and Cyril Lignac, with 2.5 million.

“On weekends I try to reproduce some of their creations. It's free and accessible, and allows me to vary from the usual dishes,” Bourras said.

Others use Instagram to choose their next vacation, and tourist offices rely heavily on content creators to promote their destinations.

Digital influencers like Privez publish their “experiences” and in return are paid, in addition to the free trips.

Privez, who has 140,000 subscribers, makes between six and seven “sponsored trips” per year, “not counting the two-day press trips”, she said.

Around the world, museums and pop-up “experiences” are increasingly offering interactive installations solely for visitors to take selfies and post them on Instagram and other social media platforms.

Not all social media celebrities are in it for the money. Sylvain Hawawini, known as Dr Shawa Vet to his 107,000 followers, poses with animals in hundreds of photos from locations around the world, so that others can “discover landscapes or places still little known”.

The insatiable quest for Instagram “likes” has made the platform addictive for some, and can have devastating effects, particularly for younger people, said psychologist Stora.

Instagram gives teenagers a false sense of reality and pressure for perfection “that they cannot live up to”, he said.

Influencers can feel the pressure as well.

“I am forced to stay with it for my professional life, but in my personal life, I am becoming more and more detached from it,” Privez said.