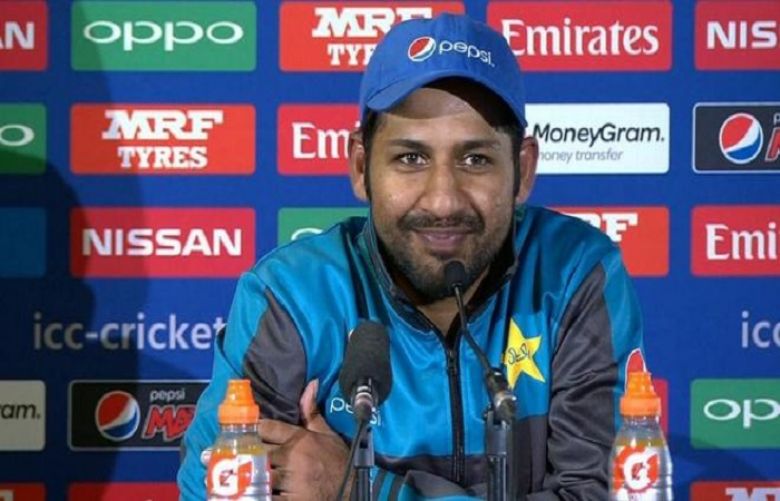 Former Pakistan captain and wicketkeeper Sarfaraz Ahmed on Saturday said he has no issues being the backup wicket-keeper-batsman on the England tour, a day after he was named in the 29-man Pakistan squad for the tour that comprises three Tests and three T20Is starting in July.

The 32-year-old Sarfaraz — who led the country across all three formats — had been sidelined from international cricket after being unceremoniously stripped of the Pakistan captaincy following the 3-0 defeat in the Twenty20 International series against the visiting Sri Lanka last October, just 28 months after leading Pakistan to the ICC Champions Trophy glory with a massive 180-run drubbing of powerful India in the final at The Oval.

Sarfaraz, who has had an in-and-out sort of a career since his Pakistan debut in November 2007 during the tour of India, had been a regular member of the national side after the then regular Test wicket-keeper Adnan Akmal fractured his hand during the second Test of the 2013-14 series against Sri Lanka in the United Arab Emirates.

However, after losing his place to Mohammad Rizwan — who will be the first-choice stumper for the England tour — Sarfaraz spent the rest of last season leading Sindh in the Quaid-e-Azam Trophy before captaining Quetta Gladiators in the Pakistan Super League season five.

“Obviously it is tough to be dropped [from the national team] but the best thing that happened in my case was that I didn’t have time to get overly worried about it because I was busy playing on the domestic circuit,” the Karachi-based Sarfaraz said during an online media conference on Saturday, arranged by the Pakistan Cricket Board (PCB). “In hindsight it was a lucky break because it allowed me to recollect my thoughts because there are reasons of being axed. One does make mistakes and the best thing for any individual is to learn from those shortcomings.”

“Of course it is distressing for any player — who has been a regular across all formats — to get the boot. But these things happen and one shouldn’t lose heart because there are times when everything does not go your way. The highs and lows are part and parcel in our lives,” he observed. “But having said that, I never lost hope of making a comeback to the Pakistan team and I said earlier that one can’t take things for granted. Therefore, I’m not disturbed at all being the back-up wicket-keeper this time. Rizwan obviously earned his selection because he had been doing well consistently, whereas my own form as a batsman was not good enough from the selectors’ point of view,” confessed Sarfaraz. “But I’m very determined to improve batting form by making good use of the extensive training sessions the team management have planned once we reach England.”

Sarfaraz, who has figured in 49 Tests (scoring 2657 runs at 36.39), 116 One-day Internationals (2302 runs at 33.85) and 58 Twenty Internationals (812 runs at 28.00), was gracious in saying that Misbah-ul-Haq — the Pakistan head coach-cum-chief selector — had been in regular contact with him all through the past eight months since his ouster from the team. “I’m extremely grateful to Misbah for being so helpful. He has given certain guidelines to maintain top fitness and to regain form. In between, Moin Khan and Rashid Latif [ex-Pakistan captains who are Sarfaraz’s idols] and other close friends kept motivating me throughout this period to continue working as hard as I could to meet the criteria of Pakistan selection,” he said.

Negating the impression that his comeback could lead to grouping within the team ranks given the past history of Pakistan cricket when several deposed captains hatched plots to undermine their succesors, Sarfaraz said: “Even when I was captain, such thoughts never crossed my mind because I always considered myself as one of the players and respected every member of the team. I don’t think there’ll be any issues at all because the players are known to me and together we have shared the dressing-room on many, many occasions in the past and have developed excellent camaraderie. That’s why we became the top-ranked side in Twenty20 Internationals.”

Commenting on the hiring of former Pakistan captain and batting legend Younis Khan as the batting coach for the upcoming tour, Sarfaraz said the team would hugely benefit from one of the finest players produced by the country.

“Younis is someone I greatly admired and it was a real pleasure to have played alongside him for a long time. His work ethics are something we always cherished. There is no better example of professionalism than him. His determination and dedication are known to all of us and it is no surprise that he is Pakistan’s most prolific Test run-getter,” said Sarfaraz. “In my view the PCB has pulled off a master stroke by bringing in easily the best Pakistan batsman I have seen during my career. His experience of English conditions and his overall cricketing knowledge would do a world of good for the entire squad.

“I have no hesitation in stating here that the collective presence of Misbah, Younis, Waqar Younis (bowling coach] and Mushtaq Ahmed [spin bowling] has given Pakistan the most star-studded backroom staff in our history. Together they all bring loads and loads of experience given their total count of more than 330 Test appearances,” said Sarfaraz who led Pakistan in 13 Tests, 50 ODIs and 37 T20Is.