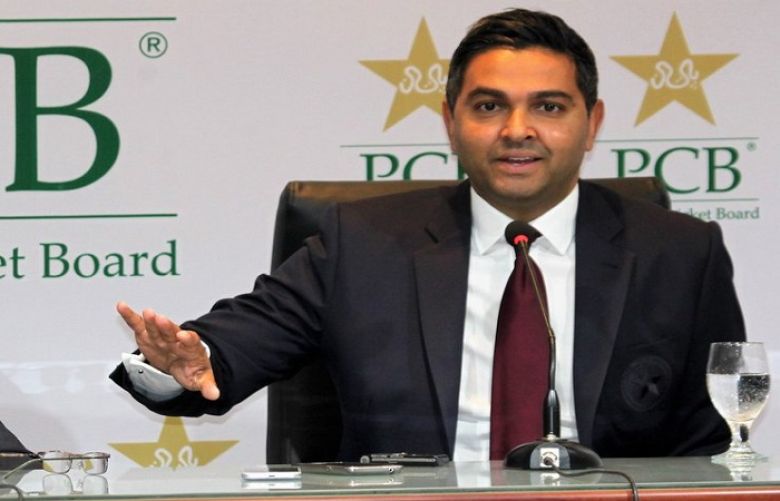 Chief Executive of PCB Wasim Khan is persuading Australian Cricket and Players Union for 'A' tour.

Pakistan Cricket Board (PCB) chief executive Wasim Khan is trying to convince Cricket Australia and the players’ union to agree to an Australia ‘A’ tour of the country as the next step in an effort to attract a full Australian team back there for the first time in over 20 years.

Wasim is in Australia for the two-Test series, the first of which starts at the Gabba on Thursday, and is eager to progress talks about a long-awaited Australian return to Pakistan, particularly with Sri Lanka having just signed to play the first Tests in the country since the attack on the Sri Lankan team bus in Lahore 2009.

“One of the areas I’d like to discuss with Cricket Australia is around a potential Australia ‘A’ tour before that,” Wasim said. “I’m meeting the players’ association in Melbourne while I’m over here.”

According to ICC’s Future Tours Programme (FTP), Australia aren’t due to play Tests away to Pakistan until 2022 but Wasim wants to get the ball rolling with an Australia ‘A’ tour and plans to meet with CA chief Kevin Roberts, who travelled to Pakistan in September with CA security boss Sean Carroll, and Australian Cricketers’ Association CEO Alistair Nicholson in coming days to discuss a potential visit.

“In terms of the length of a tour, what that entails, where the venues are ... that would need to be discussed, particularly the length of the tour. These are some of the discussions Kev and I briefly touched on in Pakistan without going into too much detail. It’s certainly something that I would like to discuss with him and start to work towards that,” said Wasim.

“Clearly, Australia are still two and a half years away from coming, so there is a long time in between,” he added.

It is the safety of players and touring staff that will be the major discussion point in talks with CA and the players’ union. For security reasons, an Australian team has not toured the country since Mark Taylor’s side in 1998.

Another factor that could work to Pakistan’s advantage is the promotion of retired Test all-rounder Shane Watson to the presidency of the ACA. Watson is still playing on the Twenty20 franchise circuit and was among the players to travel to Karachi in February when the city hosted eight matches during the Pakistan Super League.

Watson, who is again in the draft of the next PSL alongside fellow Australians such as Chris Lynn and Ben Cutting, was quoted in Pakistan media on the weekend saying “it was one of the highlights of my career to be able to play in Karachi”.

“It was one of the safest places to be in the world with that kind of security around,” Watson was reported as saying.

“We feel we’re in a good place now, to be honest,” Wasim said. “We’re no less safe than anywhere else in the world. Just look at what happened in New Zealand and Sri Lanka and what happens in London every day.

“We’ve really moved forward a huge amount and we’ve been incident-free in the major cities now for a long time. All of that now seems to be in good control. We recently had Sri Lanka [in Pakistan for a T20 series in October] and one of the things they said was there was probably too much security, rather than not enough,” the Australian all-rounder insisted.

“They went out to restaurants to eat, we took them to shopping malls, they just had a natural existence there as much as possible. It’s just finding the right balance really. We’re happy to provide whatever security levels and assurances people want.”

The PCB is hoping to have Sri Lankan great Kumar Sangakkara, who was a member of the team attacked by gunmen 10 years ago, travel to Pakistan as part of a Marylebone Cricket Club tour there while Bangladesh are scheduled for two Tests in January and West Indies have been invited for T20s in March.