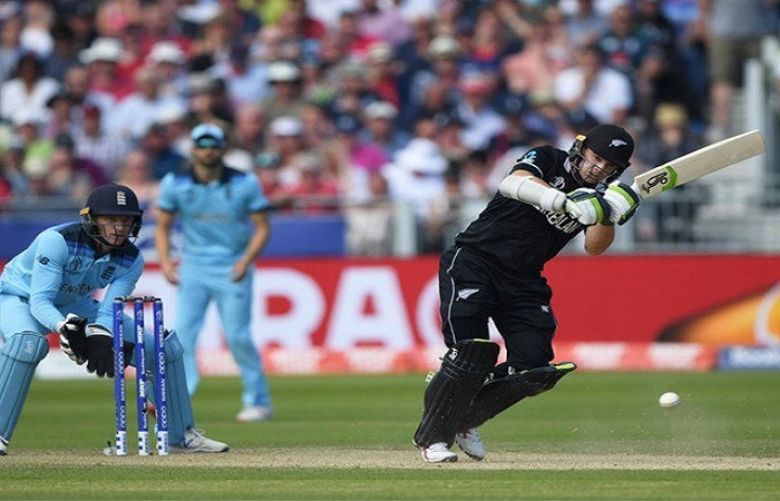 England made history on Sunday by winning the World Cup 2019 after a thrilling super over at the home of cricket, Lord's.

The underdog New Zealand equalized the total (15 runs) but the Eoin Morgan's team had its name on the trophy due to scoring more boundaries in their batting innings.

Needing to surpass New Zealand´s 241-8 to win the World Cup for the first time, England ended on 241 all out after Mark Wood was run out off the final ball.

England was looking to Ben Stokes and Jos Buttler (59) to take them home after New Zealand sparked a top-order collapse but after a 110 runs crucial partnership Butler’s wicket gave a much-needed breakthrough to Willamson.

Fergusson and Neesham took three wickets each, while Henry, and Grandhomme picked one wicket each.

Three-times losing finalists England were in trouble at 86-4, chasing a target of 242, when Stokes and Buttler joined forces. But with 10 overs left, the host nation had recovered to 170-4, needing a further 72 runs for victory against 2015 runners-up New Zealand, also looking for a maiden World Cup win.

Left-handed batsman Stokes, born in Christchurch, New Zealand, but brought up in England, was 43 not out and Buttler 42 not out.

Earlier, fast bowler, Liam Plunkett dismissed New Zealand captain and star batsman Kane Williamson for just 30 before removing established opener Henry Nicholls for an innings-best 55 in a return of 3-42 from his 10 overs.

New Zealand successfully defended a total of 239 in their shock semi-final win over India, when they reduced one of the world´s strongest batting line-up to 24-4.

And Trent Boult almost struck with the first ball of England´s chase when he appealed for lbw against Jason Roy but South African umpire Marais Erasmus´s original not out the decision was upheld.

Roy, who made a blistering 85 in a comfortable semi-final win over reigning champions Australia, got England going with a straight-driven four off Matt Henry.

But New Zealand got the breakthrough they needed when Henry induced Roy, on 17, to edge a full-length delivery that just carried to wicketkeeper Tom Latham.

That left England , who thrashed New Zealand by 119 runs in a group match, 28-1 in the sixth over.

New batsman Joe Root never looked comfortable while making seven off 30 balls and was caught behind to leave England 59-2.

Bairstow had enjoyed a huge reprieve on 18 when Colin de Grandhomme dropped a routine caught-and-bowled chance but fast bowler Lockie Ferguson got him to play on for 36.

Jimmy Neesham took a wicket with his first ball, with England captain Eoin Morgan falling for just nine when an uppercut was brilliantly caught low down by Ferguson running in from deep point.

But Stokes and Buttler revived England with some well-struck boundaries.

Williamson chose to bat after winning the toss in overcast conditions and on a green pitch but opener Martin Guptill, the leading run-scorer at the 2015 World Cup, was lbw to Woakes for 19.

That left number three Williamson, who started the match with 548 runs in the tournament at an average of 91.33, having to mount yet another rescue mission.

But after putting on 74 for the second wicket with Nicholls, he fell when he edged a rising cross-seamer from Plunkett to wicketkeeper Buttler.

New Zealand found themselves 118-3 when Plunkett struck for the second time in 14 balls.

Nicholls, who had completed a 71-ball fifty, was out for 55 when he played on after being cramped for room by a Plunkett delivery that curved back into him and veteran Ross Taylor could only manage 15 before falling lbw to Mark Wood.

Latham defiantly hit Wood for six but his valuable 47 off 56 balls ended when he chipped a low Woakes full toss to mid-off.