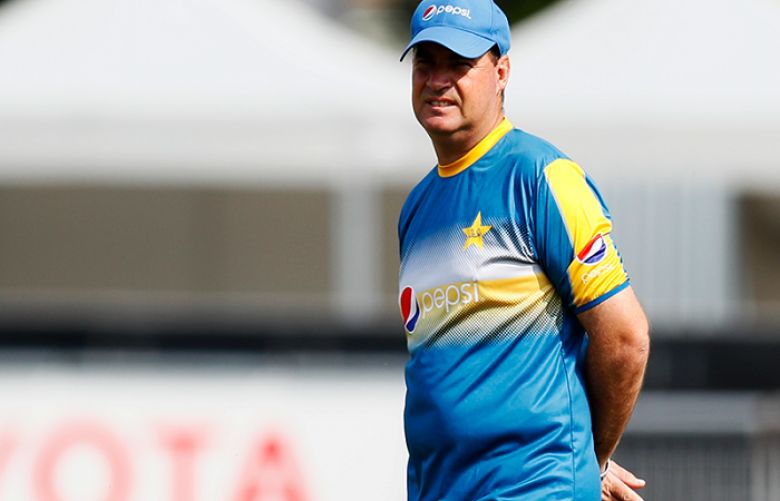 Head coach of Pakistan cricket team Mickey Arthur was determined to accentuate the positive as he reflected on a Pakistan campaign that could have been so different.

But their mission improbable required smashing plenty of records, piling on the runs and skittling out their rivals in double-quick time.

Their 94-run victory was a fourth consecutive win with Imam Ul Haq’s 100 and Babar Azam’s 96 setting the scene for Shaheen Afridi, whose six-wicket haul, the best bowling figures of the tournament, ensured he rightly hogged the headlines.

It was a glimpse of a promising future but for this campaign at least, the fractions have not been kind.

“It’s been a World Cup of ifs and buts, a tournament of two halves and that’s disappointing,” said Arthur.

“We’ve ended very strongly and it’s nice to know we’ve beaten two of those semi-finalists (England and New Zealand), which shows we aren’t that far off as a top, top cricket team.

“The average age of our side is just 24, that’s something to be really proud about and it bodes well for the future of Pakistan cricket.

“Their work ethic, grit and passion has been a credit them. You don’t see what goes on in this dressing room, I can see their desire and their determination to improve and that means our cricket is in safe hands.

“Watch the highlights package of this World Cup and they’ll be a lot of Pakistan players on it. The guys can leave with their heads held very high.

“I’m just so passionate about this team, I want to see Pakistan get back to where they need to be.”

Closing the tournament with wins over Bangladesh, Afghanistan, New Zealand and South Africa, coupled with an earlier victory against England, Pakistan may consider themselves unlucky not to make the knockout stages, especially as they also pushed Australia close in a thriller in Taunton.

And Arthur knows the one thing he’d change.

“When you lose the first game the way we did against the West Indies, it’s really hard to get your net run rate back and that has ultimately cost us,” he added.

“I think the nerves got the better of us that day, something that won’t happen again in four years with this team. We froze but I was so proud of how we bounced back and how much we’ve learned.”

Iman, 23, scored the youngest World Cup century by a Pakistan player, Babar, 24, scored the most runs for a Pakistan player at the tournament and no-one - not even greats like Wasim Akram and Waqar Younis - boost better bowling figures than 19-year old Shaheen’s 6/35 at the ‘Home of Cricket’.

“These players are the future but they need time and they need support, but they are going to be champions,” said Arthur.

“Their performances will be up and down because that happens with young cricketers but I want to stay positive, there is no place for negativity if Pakistan cricket is to achieve its potential.”