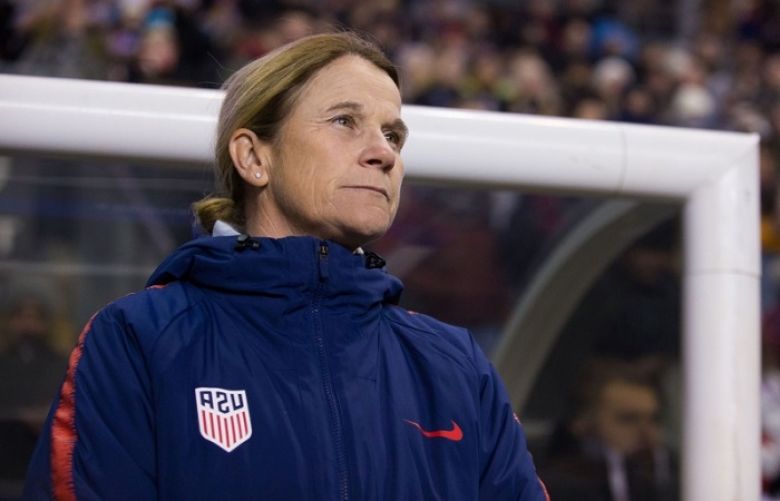 U.S. women’s national soccer team coach Jill Ellis threw her support behind her players on Saturday after all 28 members of the reigning World Cup champions’ squad filed a suit against U.S. Soccer for gender discrimination.

The lawsuit alleges that the women players were paid less than their male counterparts despite performing better, and were provided with inferior playing and training conditions.

“I’m definitely in support,” Ellis told reporters, adding that the players called her before announcing the lawsuit but did not discuss it with her ahead of filing it.

Ellis, who as head coach is employed by the U.S. soccer federation, is in a unique position as both a representative of the players and the athletic body targeted in the lawsuit.

“(I) recognize moments where we have to continue to push the envelope,” Ellis said. “It’s not hard to navigate because I’m in that world and my players know I support them.”

“The pay gap has been there for a very long time. And this is across all industries. And soccer was no different,” said two-times gold medalist Aly Wagner, who was part of the 2008 Olympic team with plaintiffs Tobin Heath and Carli Lloyd.

“I know what we went through when I was playing,” Wagner said. “Things weren’t always equitable.”

The U.S. women’s national soccer team, a stalwart of American athletics with three World Cup titles and four Olympic gold medals to their name, will enter this year’s women’s World Cup in June among the favorites to win the tournament.

Leslie Osborne, who played for the U.S. women’s team in the 2007 World Cup, said the suit was overdue.

“(The players) know that they have leverage going into this next women’s World Cup,” Osborne said.

“I think the fact that they are doing this – and every single player is doing it together – is so strong and their voice is going to be heard regardless,” she added.

“And people from all over the world are watching this team go through this.”