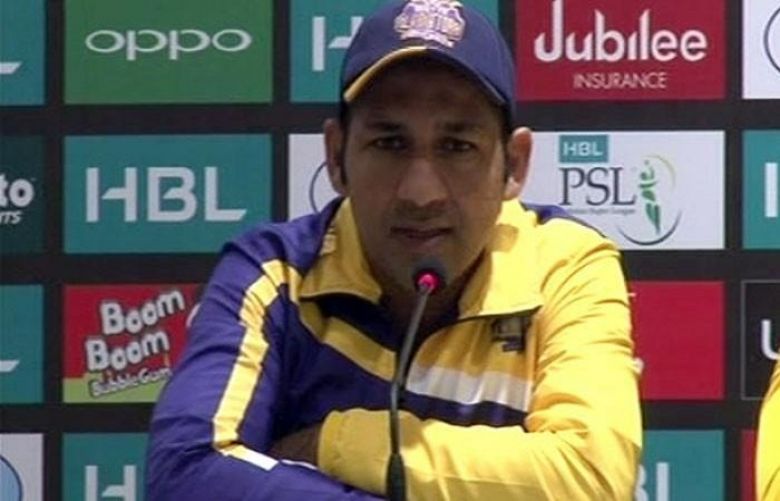 Pakistan cricket team and Quetta Gladiators captain Sarfaraz Ahmed was not allowed to go ahead with his scheduled press conference.

Sarfraz was scheduled to address a press conference in Karachi's National Stadium at 4pm, however, the Pakistan Cricket Board asked him to record a message instead.

The press conference of the Gladiators skipper was scheduled as part of pressers held by captains of the franchises of the Pakistan Super League (PSL).

It is believed that the Sarfaraz was not allowed to hold the press conference as he would be questioned about being rested for the one-day international (ODI) series against Australia.

Meanwhile, Gladiators' coach Moeen Khan in a press conference, told the journalists that the franchise asked Sarfraz to not hold the presser as it can become a source of contention.

Pakistan has named a 16-member squad for the five-match ODI series against Australia starting March 22 in Dubai.

The selectors have rested six players from the squad that lost 2-3 to South Africa earlier this year. They include skipper Sarfaraz Ahmed, Babar Azam, Fakhar Zaman, Hasan Ali, Shadab Khan and Shaheen Shah Afridi, while Hussain Talat has been dropped and Mohammad Hafeez was not considered as he is recovering from a thumb surgery.