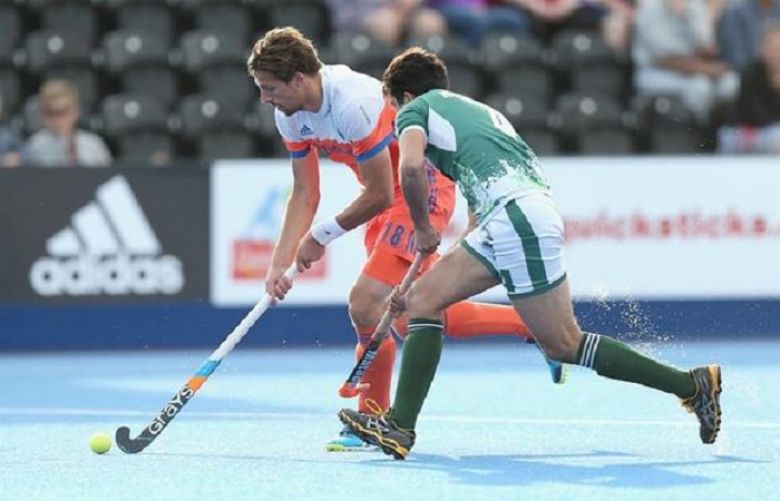 Pakistan faced another defeat in the Champions Trophy taking place in Breda on Tuesday as Netherlands thrashed the green shirts 4-0.

The win against Pakistan meant the Dutch topped the table. The Oranje scored two goals, both in the second and fourth quarters, with Robbert Kemperman and Valentin Verga giving the Dutch a 2-0 advantage ahead of half-time before Thijs van Dam and Mirco Pruijser completed the win over Pakistan.

Pakistan lost their opening game of the tournament to rivals India 4-0. The clubbing by India was followed by another loss, this time to top-ranked team Australia 2-1.

On the other hand, fourth-ranked Netherlands who lost their opening game 2-1 to Argentina, thrashed Belgium 6-1 in the next game.

Pakistan won the inaugural edition of the Champions Trophy held in Lahore in 1978 when they beat Australia in the final.

Six teams are taking part in this year's tournament, which is the last edition of the Champions Trophy. The tournament will be replaced by the Hockey Pro League (HPL) in 2019.

Apart from hosts the Netherlands, Australia, Argentina, Belgium, India and Pakistan are taking part in the tournament from June 23 to July 1.

Pakistan's next game will be against Argentina on June 28 followed by match against Belgium on June 29.