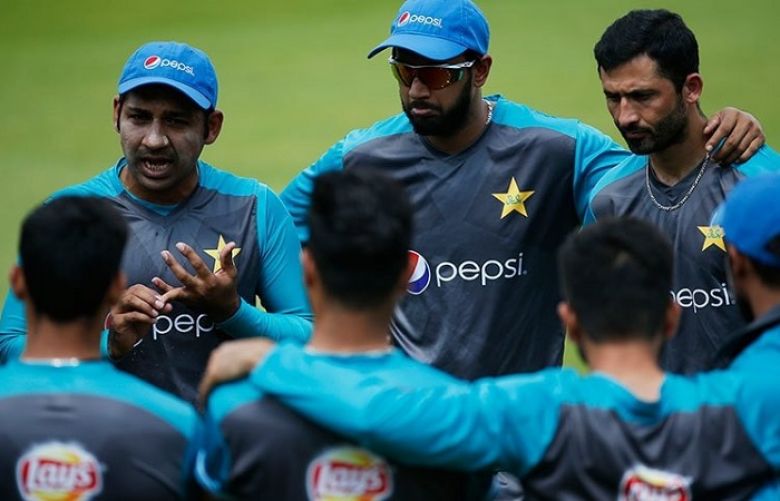 Sarfraz Ahmed has vowed to continue playing "attacking and positive" cricket in tomorrow's Champions Trophy final against India. He was speaking to media ahead of the clash in London.

Asked about the performance of youngsters, the Pakistan skipper said their performance is a good sign for the team as the three debutants in the tournament — Faheem Ashraf, Rumman Raees and Fakhar Zaman — have performed really well for the team. Shadab is also performing well, he added.

On Aamer Sohail's disparaging remarks, Ahmed said the team was not thinking about what he said.

"We have played attacking cricket so far and we will continue playing positive cricket in tomorrow's match," Ahmed said.

The skipper also expressed satisfaction with Pakistan's middle-order batting line-up, which, he said, is now in form after the match against England.

He credited the bowlers for Pakistan's brilliant come-back following a crushing defeat against India in the beginning of the tournament.

"I want to thank the people of Pakistan for their prayers and the way they have backed the team following consecutive wins," Ahmed said.

Ahmed confirmed that Muhammad Amir was fit, but shied from confirming whether he would play tomorrow's match claiming the playing eleven had not been decided since the team had not seen the pitch yet.

Sarfaraz said that the team will try to pick Indian middle-order batsmen early to stay ahead in the game.

"We are a young team and are very excited and motivated for the game," Sarfaraz said, responding to an Indian journalist's question regarding emotions ahead of the game.