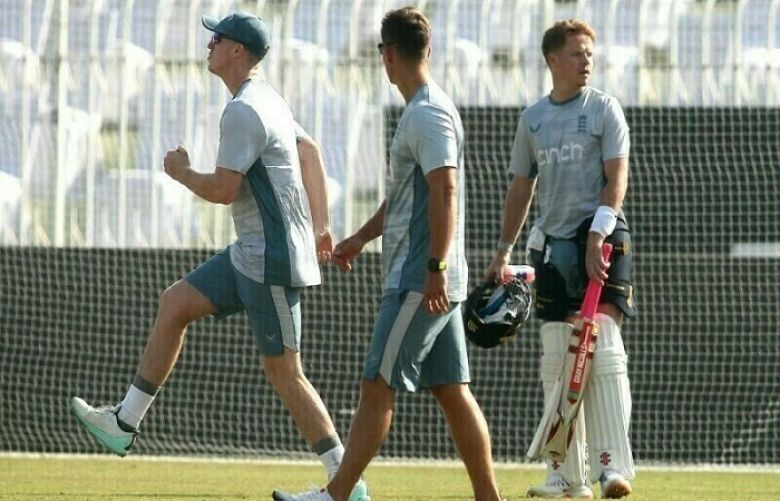 The Pakistan Cricket Board (PCB) and the England Cricket Board (ECB) said in a joint statement on Wednesday that a final decision on moving forward with the first Test between Pakistan and England would be made tomorrow (Thursday).

The announcement came hours after news emerged that several players in the England camp had fallen ill ahead of the first Test in Rawalpindi.

The joint statement said both the cricket boards had discussed the “outbreak of viral infection” among the England team and “unanimously agreed to delay the decision on the commencement of the first Test […] until 07:30 Pakistan time tomorrow (Thursday)”.

It said that the two boards made the decision based on “medical advice from the England doctors”.

“The two boards also agreed, subject to the England players not recovering well enough to take the field on Thursday morning, then the Test will commence on Friday and will be a five-day match.

“In this scenario, the schedule of the second Test in Multan and the third Test in Karachi will remain unaffected and will be played as per original schedule,” the statement said.

Earlier in the day, former England Test captain Joe Root had dismissed the possibility of his team teammates falling ill due to food poisoning, saying “it is just I think one of those things that we, unfortunately, picked up as a group”.

“I don’t think it’s food poisoning or Covid or anything like that,” said Root as he responded to a query at a press talk in Rawalpindi today.

England’s cricketers, including skipper Ben Stokes, have fallen ill on the eve of the first Test, despite the touring party bringing their own chef. “As far as I’m aware, a few guys are not feeling 100 per cent,” Root told the news conference.

However, Root clarified there was no connection between food and illness.

“The thing is we have been carrying a chef away for a couple of years. If you look at the international teams, especially England, they all have their own chefs. We optimise ourselves and we see it from a nutrition point of view as well,” he commented in response to a question.

When asked about the current state of health of other players, Root said: “It’s hard to say as I have not seen anyone this morning. Guys are doing everything they can. They worked really hard for the games… so I guess time will tell.”

A ceremony on Wednesday for the two captains to unveil the series trophy was postponed to give Stokes time to recover.

“Several players and staff members, including England captain Ben Stokes, are feeling unwell and have been advised to stay at the hotel to rest up,” said the England and Wales Cricket Board in a statement.

About half of the playing squad of 16 has been hit, according to the BBC, with only five taking part in an optional training session with around 14 members of the travelling party — including coaches and backup staff — advised staying at the team hotel.

Joe Root, Zak Crawley, Harry Brook, Ollie Pope and Keaton Jennings were the players at training on Wednesday, while head coach Brendon McCullum was also in attendance. All of the squad had trained on Tuesday.

The illness could force England to change the team for the Test which had been announced on Tuesday.

Lancashire all-rounder Liam Livingstone is due to make his Test debut on Thursday, while opener Ben Duckett was recalled for his first Test in six years.

England are on their first Test tour of Pakistan in 17 years, following their T20 side playing seven matches in the country two months ago, taking the series 4-3.

Problems with food and players becoming ill during the T20 series led to the decision to bring a chef, Omar Meziane, who also worked with the England men’s football team at the 2018 World Cup in Russia and at Euro 2020.

England and Pakistan will contest a three-Test series with the first match starting tomorrow (Dec 1-5), the second in Multan from Dec 9-13 and the third in Karachi from Dec 17-21.