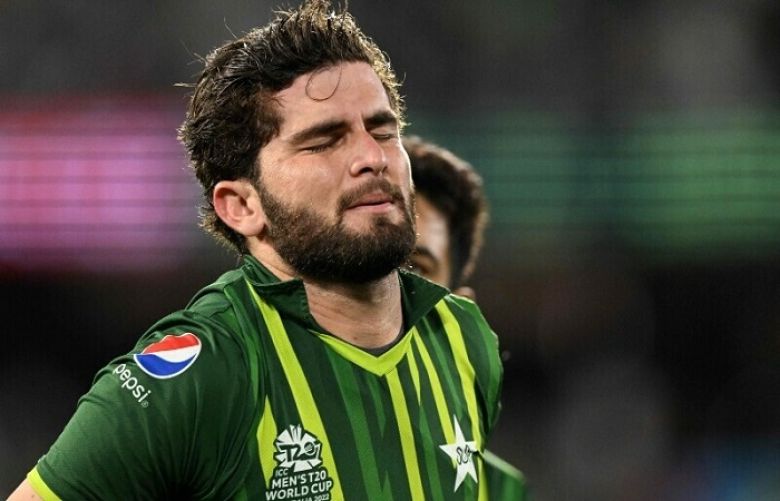 Pakistan pace spearhead Shaheen Shah Afridi has been advised a two-week rehabilitation after an awkward landing on his right knee while taking a catch during Sunday’s T20 World Cup 2022 final in Melbourne.

Although Shaheen came back to bowl after the impact, all he could manage to produce was just one delivery, that too far from his full effort. Subsequently, the left-armer was forced to abort his third over — the 15th of the innings — in the T20 World Cup final loss against England.

The lanky fast bowler was coming into the World Cup following what was an accelerated rehabilitation of his knee ligament injury that he picked up in July. Another scare during the final, according to medical experts, could mean his career may well be in danger at just 22 years of age.

According to a press release issued by the Pakistan Cricket Board (PCB) today, Shaheen’s scan conducted on Monday — prior to the team’s departure for Pakistan — has confirmed there were “no signs of an injury” and the knee discomfort was likely “due to a forced knee flexion whilst landing”.

“The left-arm fast bowler is feeling better and is in high spirits,” the cricket board said.

Shaheen, it went on, will undergo a “rehabilitation and conditioning programme”, designed to strengthen his knee at the National High-Performance Centre for a few days after his return to Pakistan.

The press release added that Shaheen’s return to international cricket will be subject to the successful completion of the rehabilitation programme and following go-ahead by the medical staff.