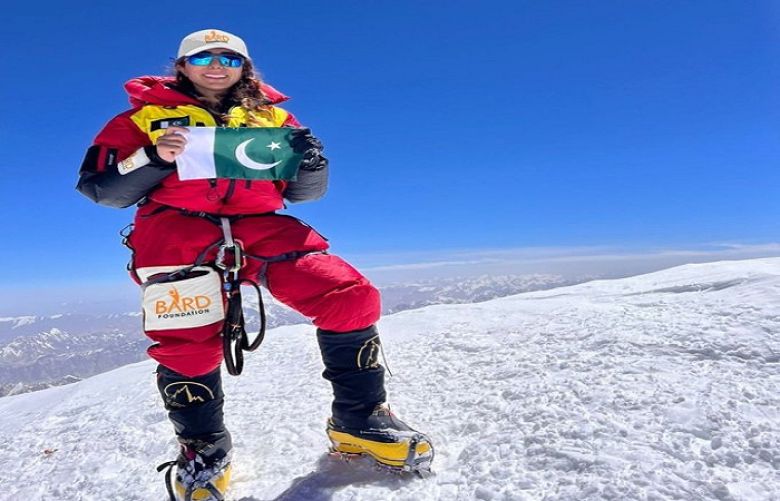 Naila climbed to the top of G-1 around 7:45 am Pakistan time.

"Summit, Alhamdulilah," she texted from her satellite phone.

"Unbelievable, only three weeks after K2. It was harder than K2. No rope on most technical sections," she added.

This is her third peak of over 8,000 metres, all within Pakistan, making her the first Pakistani woman to summit three of the world's fourteen such peaks.

She had climbed K2 shortly after Samian Baig, the first Pakistani woman to do so, and was the second to do so on the same day.

While on her way to scale Gasherbrum-1, Naila informed Geo.tv that G-1, also known as K-5, proved to be more difficult for her than K2, owing to extreme wind conditions.

"It's definitely more difficult than K2, for sure," she said via satellite device from C3 before pushing for the final summit.

Naila is also the first Pakistani woman to complete a 20-day double-header by summiting K2 and Gasherbrum-1.