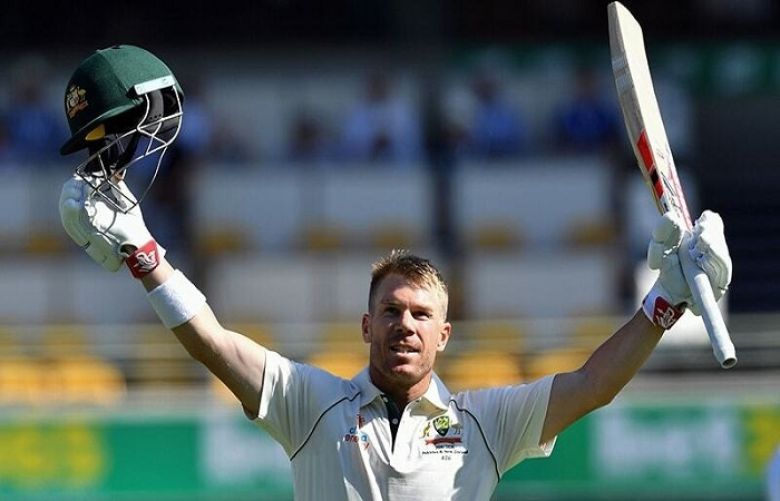 Australia opener David Warner said he hopes for an improved pitch for the second Test in Karachi after the visitors could claim only four Pakistan wickets in the series-opening draw on Rawalpindi’s docile wicket.

“I just want a game where you can actually create 20 chances,” Warner said Thursday. “It’s something that’s going to be exciting and entertaining for the crowd.”

Pakistan Cricket Board chairman Ramiz Raja has acknowledged that drawn games are not a good advertisement for Test cricket and Pindi Cricket Stadium’s wicket was described by Australia batter and vice-captain Steve Smith as a “dead wicket”.

Pakistan scored 476-4 declared and 252-0 in its two innings against Australia’s three frontline fast bowlers and even veteran off-spinner Nathan Lyon couldn’t achieve any success on a lifeless track.

Australia also responded solidly with 449 all out, but the majority of left-arm spinner Nauman Ali’s six wickets resulted from bad strokes by the Australian batters.

“When he (Lyon) was hitting that rough, it wasn’t doing anything, was just pretty much going straight on slow off the wicket,” Warner said.

“There wasn’t any variable bounce, which you generally do see on worn wickets.”

Raja said Pakistan has planned low-bouncy tracks for Australia’s first tour to Pakistan since 1998, keeping in mind Pakistan’s strength against a tough opponent.

Pakistan’s two Test fast bowlers Hasan Ali and all-rounder Faheem Ashraf were ruled out due to injuries they had picked up during the Pakistan Super League.

Fast bowler Haris Rauf tested positive for Covid-19 ahead of the first Test and Pakistan had to go in with only two fast bowlers — Shaheen Afridi and Naseem Shah.

Ashraf has recovered from a hamstring injury but was ruled out of the second test starting Saturday after testing positive for Covid-19 on Wednesday soon after the teams arrived in Karachi from Rawalpindi and underwent testing.