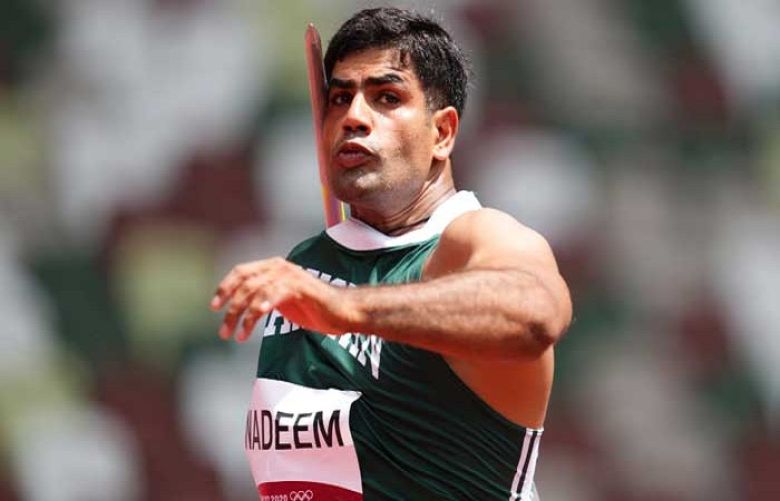 To provide Arshad Nadeem with the best training ahead of next year’s important events, sports authorities have decided to send the country’s premier javelin thrower to South Africa.

According to a report , Athletics Federation of Pakistan (AFP) confirmed Wednesday that they have been given a green signal by South Africa to send Arshad Nadeem for training.

“We have written to the Pakistan Sports Board (PSB) and hope the government will fully back the cause,” Sahi said.

“It’s a national cause and we will do everything to implement the plans. We are sending another javelin thrower Mohammad Yasir with Arshad and I hope the things will be done as soon as possible,” said Sahi, also a former international athlete.

“I am shifting to my new house in Mian Channu in three to four days. I plan to train there on a solid basis. There is a cricket ground there where I can manage training,” said Arshad, also the 2018 Asian Games bronze medallist.

Arshad lived in a village in Mian Channu but after finishing fifth in the Tokyo Olympics he got enough money to purchase a house in the city.

He is also being backed by some people in terms of training equipment. “The Army Chief Qamar Javed Bajwa has gifted me a set for weight training while Maulana Tariq Jamil Sahib has gifted me a running machine. I am going to establish a small gym in my new house which will benefit me during my training,” Arshad said.

Before the Olympics, Arshad kept cemented blocks at his home which he used for weight training.

Arshad has some tough events ahead next year which include the World Championship to be held in July in the US, the Commonwealth Games to be hosted by England in Birmingham from July 28 to August 8 and the Asian Games which will be held in China in September.

Although Arshad has rested for around two-and-a-half months, he says he has not gained weight and is fit. “I am fit, no issue,” Arshad said.