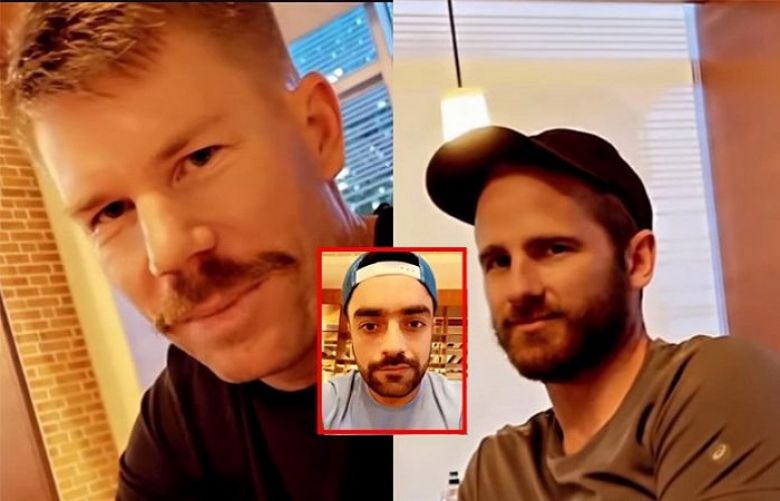 Afghanistan’s Rashid Khan revealed that New Zealand’s skipper Kane Williamson and Australia’s opening batsman David Warner observed fast with him and other members of the team on April 18.

Rashid Khan a story on his Instagram account where he shared a video featuring Warner and Williamson and wrote, “2 legends were fasting with us today.”

In the video, Rashid asks the two batsmen to share their experiences on Iftari table. “Good, but I am very thirsty and very hungry, my mouth is so dry,” said Warner. Williamson, who also accompanied them, said, “Very good, thanks.”

It must be noted that Rashid, Warner, Williamson are currently in India, playing Indian Premier League (IPL) 2021 for Sunrisers Hyderabad.