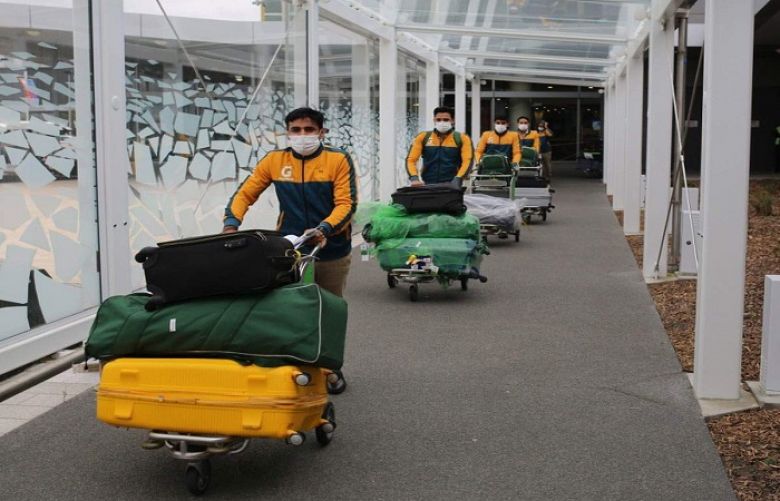 The authorities in New Zealand have started to ease some restrictions on the Pakistan Cricket squad that is currently in a managed isolation facility in Christchurch.

A team source confirmed to Geo News that following a discussion between board officials and two negative tests of 47 members of the squad, some exemptions were granted to the players and officials.

“Those who have returned with two negative COVID19 test results since arrival in New Zealand are now allowed to have a walk in an adjacent ground during the allocated time to their group,” the source said.

It is worth mentioning that Pakistan’s squad was divided into four groups at their arrival in New Zealand and each group was physically disconnected from other groups.

The source added that players are also allowed to go to their balconies and interact with other group members from there maintaining a reasonable distance.

The PCB has also requested the authorities in New Zealand to allow the players to start training at earliest and a decision is likely to be made soon.

Earlier, the New Zealand health officials had imposed strict isolation rules to the visiting team that meant players were restricted to rooms.

There were incidents of some breaches of the rule that led to a final warning being issued to the team. However, since then things have improved and Pakistani squad members have cooperated with authorities in New Zealand.

The easing of restrictions also comes at a time when seven members of the squad have been in quarantine after testing positive for the coronavirus.