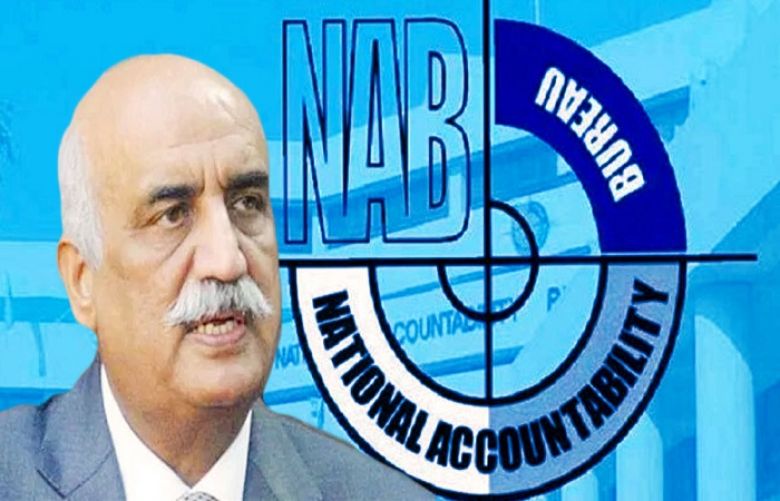 Syed Khursheed Shah currently is under treatment at the National Institute of Cardiovascular Diseases (NICVD) Sukkur, where he recently underwent an angiography procedure due to cardiac problem.

Shah was produced before the NAB court in an ambulance from the NICVD hospital amid tight security measures.

The court extended judicial remand of the former opposition leader in National Assembly till December 12. During the today’s hearing, the judge asked Shah about his health.

“Shah Sahab how is your health now”, the judge asked, “I’m fine, no any issue”, Syed Khursheed replied.

At last hearing of the case on November 23, an accountability court had extended judicial remand of Shah for 15 days.

The PPP leader was produced before the court by the NAB officials from NICVD in an ambulance.

The Pakistan People’s Party (PPP) leader is facing charges of corruption in assets beyond means of income reference.

“Syed Khursheed Shah has opened as many as 105 banks accounts under his and family members name in Karachi, Sukkur and other cities”, NAB sources claimed.

Syed Khursheed Shah was taken into custody by the NAB on September 28 over charges of accumulating assets beyond known sources of income.