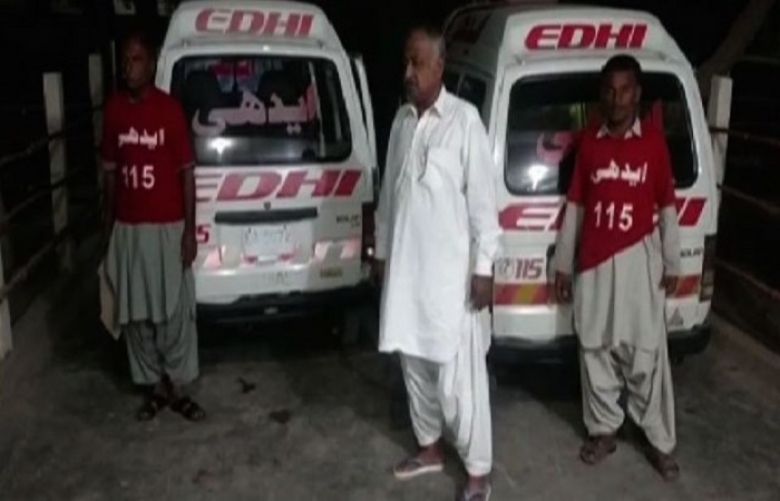 In a tragic incident, four members of a family were killed when the motorcycle they were riding on was hit by a speeding truck in Kotri on Monday night.

Police and rescue teams reached the spot and shifted the dead bodies to Taluka Hospital Kotri. According to rescue sources, the deceased were identified as 45-year-old Razia, her son Imran and daughters Saima and Rehana.

Police have arrested the truck driver from the spot and started the investigation.