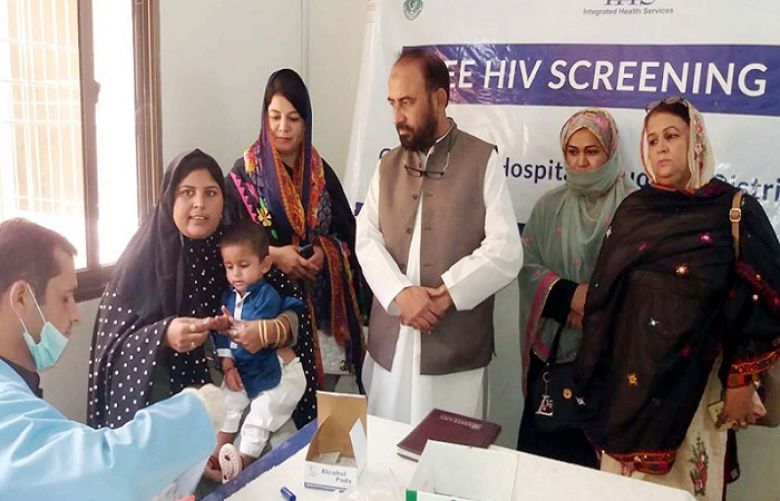 The number of Human Immunodeficiency Virus (HIV) positive cases increased up to 778 in Larkana’s area of Ratodero, on Tuesday.

According to the DG Health Services, blood screening of 26,713 people has been completed and the number of the affected persons has jumped to 778 including 640 children.

The HIV endemic is creating havoc in Larkana, Shikarpur and other parts of Sindh, whereas the govt is seemed to fail to control over the worsening situation.

Last week, the World Health Organization (WHO) had released an initial report of its findings on Human Immunodeficiency Virus (HIV) outbreak in Larkana.

An 11-member team of the WHO had prepared its preliminary report on HIV situation in Larkana and adjoining areas.

The final report on the outbreak will be released on February 15, 2020, the world health body had said in a statement.

The report declared the HIV epidemic as Grade-II emergency in which 751 people including 600 children were affected.

According to the report, around 1.5 million dollars required controlling the epidemic situation but the WHO could not provide the required financial assistance for the emergency situation. The WHO could arrange 2,00,000 dollars, the report further said.

The WHO report said that for 240 HIV affected children medicines are available till July 15.