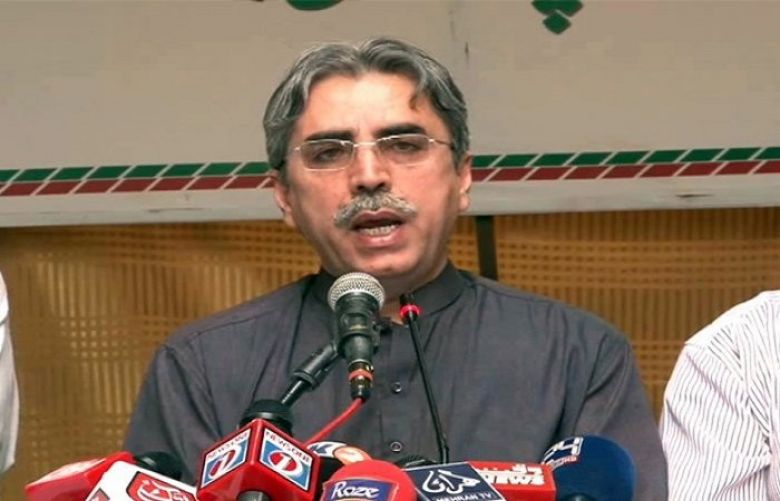 MQM-P leaders Amir Khan, Minhaj Qazi and Raees Mama appeared before an anti-terrorism court in Karachi as it heard the case.

The witness who is a member of the paramilitary force and investigation officer of the case, Deputy Superintendent (DS) Rangers Riaz, identified Amir Khan.

In his statement recorded in the court today, the Rangers official said that an operation was conducted at MQM headquarters Nine Zero on March 11, 2015 during which Amir Khan was arrested from Khursheed Memorial Hall.

After the Rangers official completed recording his statement, the court directed that the MQM-P leader’s lawyer will cross-examine him during the next hearing.

The hearing of the case has been adjourned till October 22.

Last year, Amir Khan and two other MQM-P leaders were indicted in the case.

According to police, a case has been registered against Amir Khan in the Azizabad Police Station and he has been released on bail.