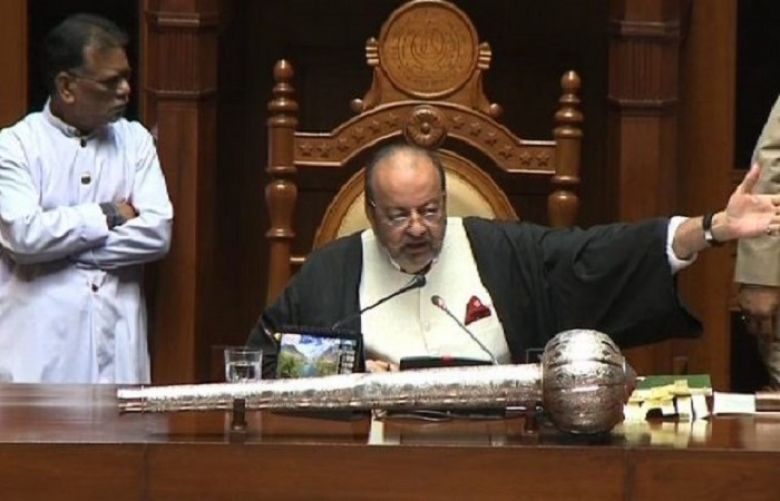 Speaker Agha Siraj Durrani has banned the entry of eight lawmakers into provincial assembly over the issue of bringing “folding charpoy” in the House.

Condemning an unpleasant incident that had taken place in the Sindh Assembly earlier today, Speaker Agha Siraj Durrani has ordered a probe into the scuffle between the members from the opposition and treasury benches.

The uproar started when protesting members brought a “folding charpoy” in the House.

Agha Siraj Durrani has ordered Secretary Sindh Assembly, Umar Farooq, to submit a report after completing an inquiry into the incident.
Opposition lawmakers earlier today brought a charpoy in the Sindh Assembly while terming it a coffin of democracy as the proceedings once again witnessed a rumpus.

According to the visuals captured during the provincial assembly proceedings, Opposition Leader Haleem Adil Shaikh could be seen leading the PTI lawmakers from the entrance of the assembly as they carry a charpoy with a banner over it inscribed with letters ‘Jamhoriyat Ka Janaza’