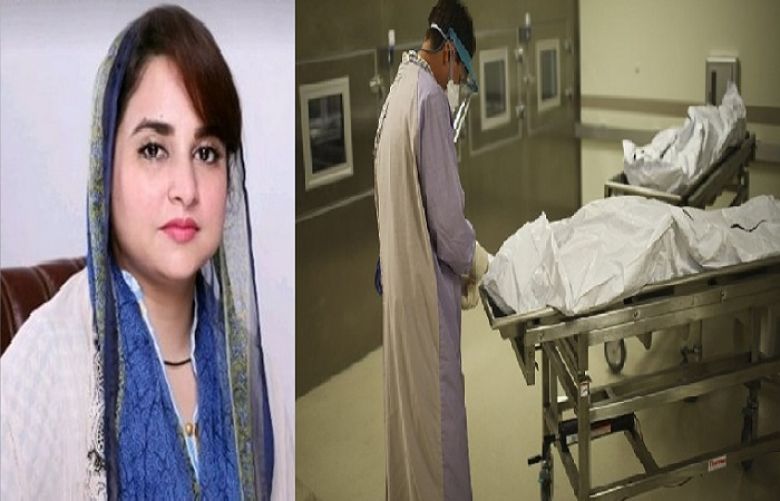 Pakistan People’s Party (PPP) Women Wing has issued a show-cause notice to its deputy secretary information Liza Mehdi over allegedly taking bribe for releasing the dead bodies of COVID-19 patients and defrauding a citizen for giving him employment by issuing a fake appointment letter.

PPP deputy secretary information Liza Mehdi had been issued a show-cause notice by the president of political party’s women wing, Shahida Rehmani, and ordered to submit her response within three days.

Mehdi is facing charges of taking bribe and misuse of power after registration of many complaints by citizens. ARY News also obtained all records regarding the allegations levelled against Liza Mehdi.

The show-cause notice reads that Rs250,000 for releasing the dead body of a COVID-19 patient, Jahangir, and Rs50,000 was forcedly received from Waris Muhammad Owais. Moreover, Mehdi also received Rs480,000 bribery from a citizen, Ahmed Jawaid, for assisting him to give a job and later handed over a fake appointment letter.

It also read that many complaints are registered against Liza Mehdi as well which needs her written response to the president of the PPP Women Wing Karachi Division.

It is pertinent to mention here that the show-cause notice was issued to Liza Mehdi on September 22 – 2020, however, she failed to submit her response within the given period.

A case was also filed against Liza Mehdi and her husband Husnain Mehdi over defrauding citizens at Taimuria police station.