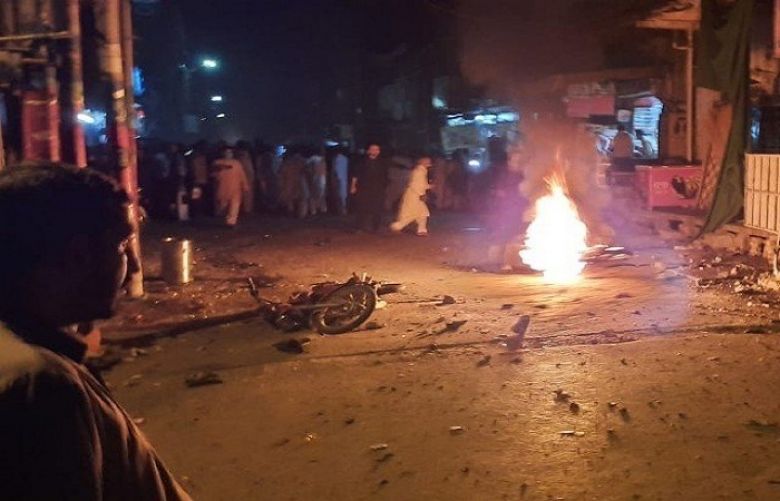 The case was lodged on the complaint of the CTD officials under terrorism charges. The evidence collected from the crime scene sent to the forensic lab for investigation purpose.

One person had lost his life and several others were injured in an explosion at Saddar Koila Center Chowk in Rawalpindi on Friday.

Preliminary CTD investigations further revealed that no ball-bearing were used in the explosive device which could’ve wreaked more havoc.

The blast damaged a fruit vending cart along with three motorcycles that were in its radius.

Punjab Minister for Law Raja Basharat ordered a prompt inquiry of the blast summoning a preliminary report within 24 hours.

Basharat also condoled the martyrdom of a fruit vendor who was standing very close to the proximity of the blast.