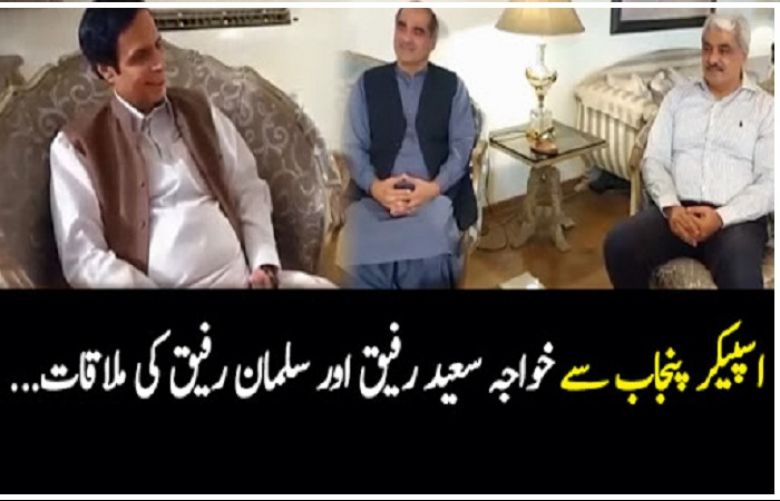 Khawaja Saad Rafique and his brother Salman called on Punjab Assembly Speaker Chaudhry Pervaiz Elahi on Saturday, as the PML-N and the PML-Q show signs of thawing relations after political bitterness between the two parties.

The meeting took place between the two sides at Elahi's residence. The two brothers, who were recently released on bail, thanked Elahi for issuing Hamza Shehbaz and Salman Rafique's production orders.

According to sources, the Khawaja brothers thanked Elahi for "acting like a lion" in issuing the production orders despite pressure from the higher-ups. In response, the Punjab Assembly speaker said that the same was not witnessed for his son Moonis Elahi when the PML-N was in power.

Khawaja Saad said in response that mistakes and negligencies occur but are also cleared through frequent meetings. The meeting, which lasted for three hours between the three individuals, took place reportedly after Shehbaz Sharif gave permission to the Khawaja brothers to meet Elahi.

During the meeting, the FIA report mentioning PTI leader Jahangir Khan Tareen's name as a beneficiary of the sugar crisis was also discussed.

Speaking to Geo News, Khawaja Saad said that the two sides did not discuss any political maneuvering neither did he have the mandate to do so.