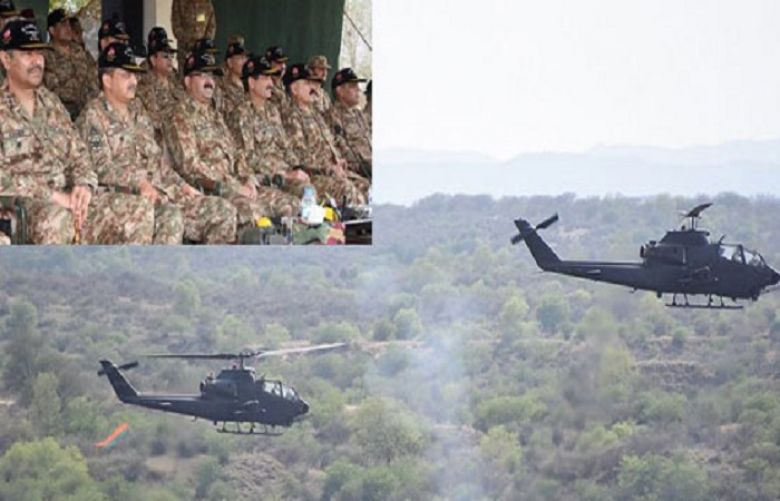 The exercise marked culmination of a process aimed at integrating all available fire power assets/sensors held with both Pakistan Army and Pakistan Air Force through an optimized near real time Sensor – Shooter Grid in a Network Assisted Environment.

Various concepts related to integration of firepower assets like PAF, Artillery, Air Defense, SSG, Army Aviation, Infantry and Armor in support of offensive and defensive maneuvers in a conventional war were practiced, perfected and validated during the exercise.

The CGS applauded efforts of all ranks in making the exercise professionally rewarding and reiterated requirement for continuous efforts to hone professional skills in defense of motherland.

He commended their services while also congratulating them on conduct of successful exercise.