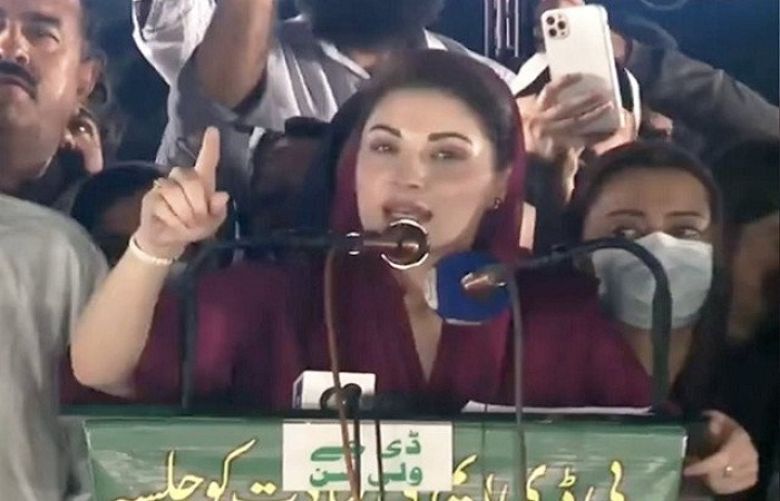 "The nation was told Imran Khan's name isn't included in the list [...] have you ever heard that the leader of a pack of thieves was an honest person?" she asked.

PDM chief Maulana Fazlur Rehman has also arrived at the venue and is set to address the gathering soon.

The rally, being held at the Dhobi Ghat ground, was announced a while back by the Opposition alliance, with another to follow on October 31 in Dera Ismail Khan.

Maryam spoke of PML-N supremo Nawaz Sharif, who is in London and has been declared an absconder by Pakistani courts, saying that he has "left everything in the hands of God".

"When a person leaves their matters to God [...] no matter how powerful one is, or how they say they are on 'one page' [with others] historic defeat, historic humiliation, historic disgrace becomes the fate of the oppressive," she said.

"So tell me now. Has God not made Nawaz Sharif's opponents a warning to all?"

A grim-faced Maryam at one point asked the organisers to turn down the music.

She recalled how once PM Imran Khan had remarked that when wheat flour becomes expensive, it is a sign the country's ruler is "corrupt".

The PML-N leader then had a party worker open up a banner that read that when the prices of electricity and petrol increase, "it means the prime minister is a thief".