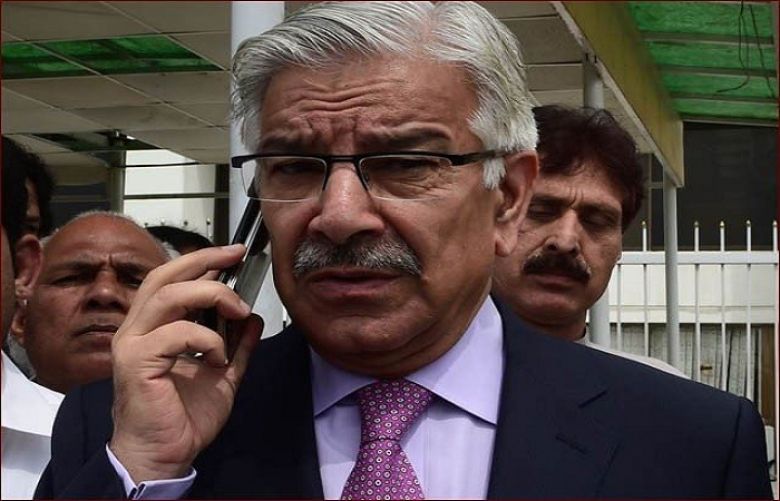 Two weeks ago, the LHC had granted bail to the PML-N leader in a case against him filed by NAB which accuses him of money laundering and owning assets beyond known sources of income.

On Wednesday, a two-member bench of the LHC comprising Justice Aalia Neelam passed the 18-page judgment.

The court's decision read that the investigating officer's report reveals that investigation against Asif is ongoing. The NAB prosecutor said that the reference against Khawaja Asif should be sent to the NAB chairperson, the judgment said.

The 18-page judgment said that the allegation of assets in excess of income against Asif is under investigation. No reference has been filed against the PML-N leader to date.

According to the decision, a representative of UAE-based International Mechanical and Electrical Company (IMECO) wanted to come to Pakistan. The investigating officer did not include the representative of the Dubai company in the investigation, the judgement read, adding that Asif has declared his overseas income in his income tax returns.

The court ruled that it was a recognised fact that Khawaja Asif did not harm the national exchequer.

NAB's investigating officer did not verify Asif's overseas money from 2004 to 2008 with the embassy, the court said.

PTI leader Usman Dar's petition to the NAB has also been made part of the written decision.

Details of Asif's income have been included in the written statements of the LHC.

Asif, in his bail plea, stated that he was arrested by NAB on December 29 in a case alleging he owns assets beyond known sources of income and has engaged in money laundering.

He told the court that he has already submitted details sought by NAB and claimed that the anti-corruption watchdog has not shared any of the records turned in by him.

“The accountability court judge also observed that NAB has all relevant records,” Asif had said.

He had said that the Federal Board of Revenue and Election Commission of Pakistan also have records of the assets owned by him.

On December 29, NAB arrested the PML-N parliamentary leader in the National Assembly for allegedly owning assets beyond known sources of income.

He was arrested after coming out of the residence of PML-N General Secretary Ahsan Iqbal where he attended a consultative meeting to decide whether or not the PML-N should contest the Senate election.