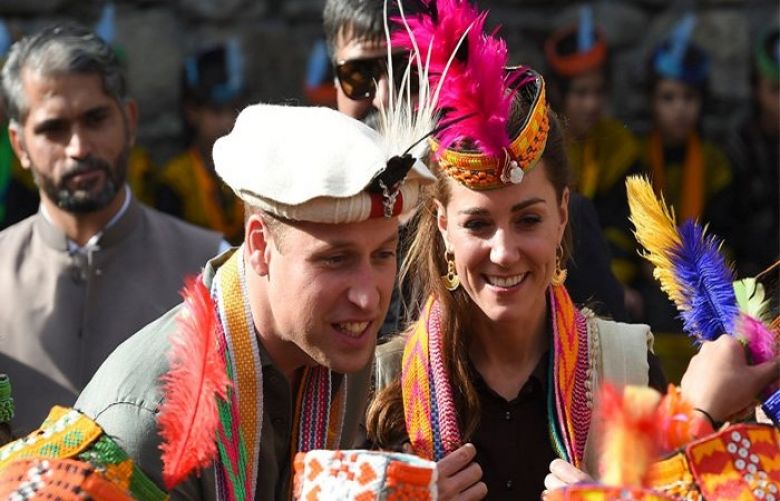 Britain's Prince William and his wife, Kate Middleton, on Wednesday arrived here in Pakistan's scenic northern areas on the third day of their royal visit where they socialised with locals in the Kalash Valley.

The Duke and Duchess of Cambridge continued their tour of Pakistan on as they checked out the largest valley in Kalash, Bumburet, and walked around in the villages, trying on feathered traditional caps and luxurious shawls.

Prince William was also given a white embroidered coat while Kate was honoured with a warm shawl. 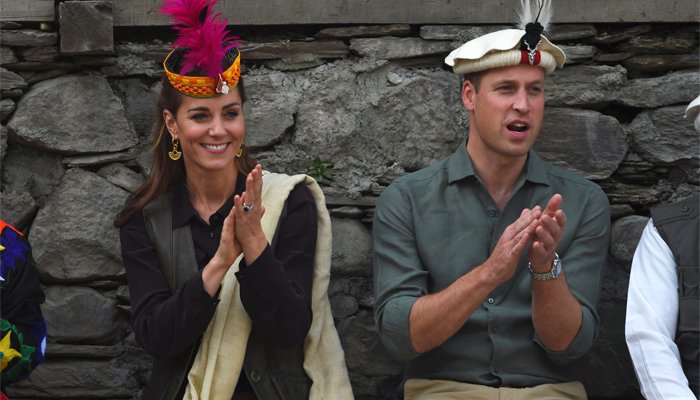 The hat Kate wore was adorned with peacock feathers. Years ago, when the late Princess Diana visited the valley, she had worn a similar hat. The duke and duchess were also given a book of photos of Diana’s visit here in 1991.

Great pic by Martin Keene of PA of Princess Diana in Chitral in 1991. Kate’s hat has peacock feathers ? while Diana’s looks like bird of prey ? #RoyalVisitPakistan pic.twitter.com/lNCjCsFayo

Further, the royal couple flew near the Afghan border to visit a remote Hindu Kush glacier as well, after they spent their morning in Pakistan's mountainous north.

According to details, Kate and William will be travelling to the Hindu Kush valley today. They will also visit the Chiatibo Glacier in Broghil National Park to see the devastating effects of climate change.

On Tuesday, they visited Islamabad Model College for Girls to highlight higher education for women. They dropped in on a mathematics class, where televised images showed them sitting with some of the young students, whose blue uniforms matched the Duchess's dress.

A video tweeted by a British reporter accompanying the couple showed William smiling as he was told the girls were "big fans" of his mother, who died in a car crash in 1997. 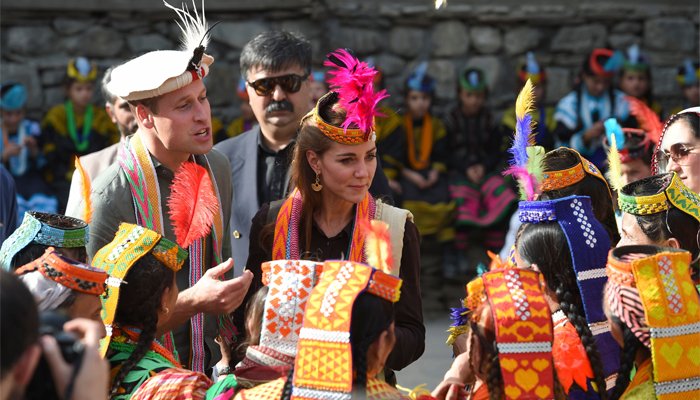 "That's very sweet of you," he could be heard saying in the video. "I was a big fan of my mother too."

The Royal couple then had meetings with President Dr Arif Alvi and Prime Minister Imran Khan and attended a "glittering reception," which was hosted by British High Commissioner in Pakistan, Tom Drew, at Islamabad's National Monument where they arrived, to Pakistanis' delight, in a brightly decorated rickshaw.