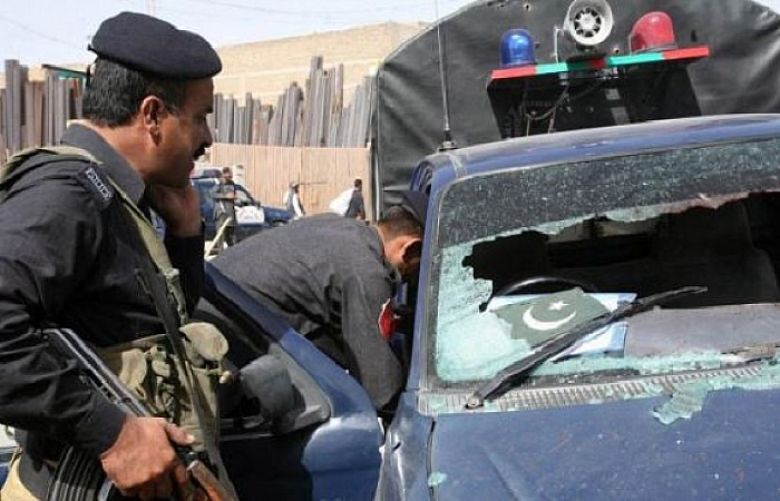 An explosion took place near a police car within the limits of Badaber Police Station in Peshawar, Khyber Pakhtunkhwa, police said on Sunday.

The police said that no casualties have been reported. They said that Nasir Khan — in charge of the Sheikhan outpost — was on patrol when an improvised explosive device (IED) exploded near his car in the area.

According to the police, the blast was carried out by a remote control device and the explosives were placed inside a paint can.

The police, after the incident, collected evidence from the crime scene. A bomb disposal unit was also called to the site of the incident.

The bomb disposal unit said that about one kilogram of explosive material was used in the blast which damaged the vehicle.

The law and order situation in Khyber Pakhtunkhwa went south in the last couple of months of 2022, as an increase was noticed in threats and attacks on security forces as well as high-profile political personalities.